On February 28, more than 400 South Korean NGOs held a press conference in front of the Russian Embassy in South Korea calling for suspension of Russia’s invasion of Ukraine and a peaceful solution. We delivered the statement to the Russian Embassy. Please widely circulate it among your networks! 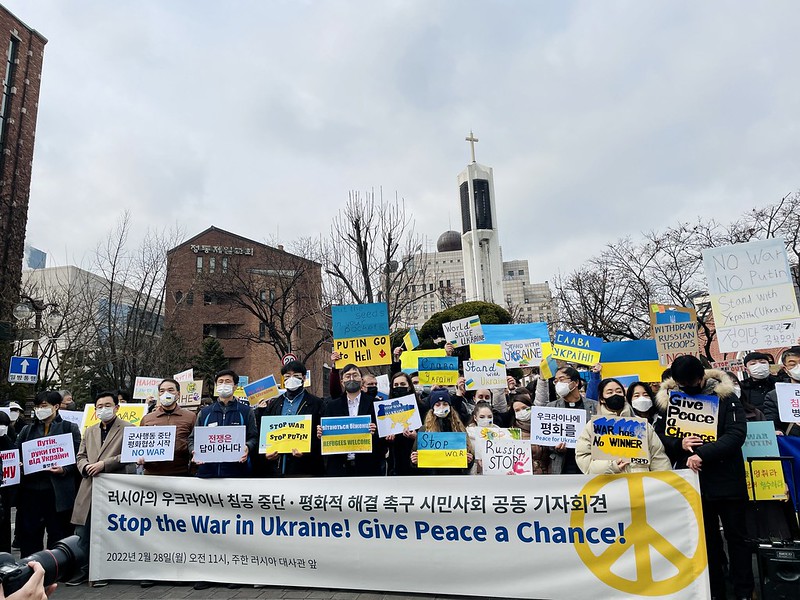 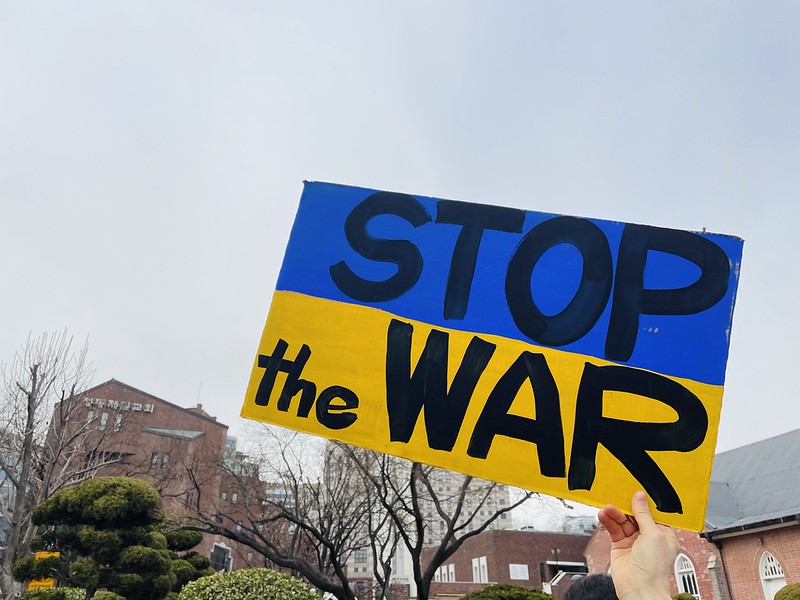 On 24 February, Russia launched a full-scale invasion against Ukraine. Since the massive Russian military force stationed at the border of Ukraine simultaneously advanced to the eastern, northern and southern borders of Ukraine, it took only one day to surround Kyiv, the capital. At least 450 casualties were reported in Ukraine on the first day of invasion. The attack is ongoing.

Russia should immediately stop the war on Ukraine and withdraw its troops.

War is a crime against humanity with catastrophic consequences. Russia’s invasion of Ukraine violates the UN Charter which stipulates sovereignty, independence, respect for territorial integrity of UN member states, and refraining from the threats or use of force. It is an act that infringes on the principle of the international community which seeks to solve problems through diplomacy, not by force. We, together with people around the world, call for peace, and strongly condemn Russia’s invasion of Ukraine. We urge the Russian government to immediately stop all military actions and to withdraw its military forces.

The international community should provide humanitarian support to Ukraine.

Due to Russia’s invasion, the lives and security of Ukrainians are under serious threat. Since 2014, when the conflict began in the eastern part of Ukraine, around 850,000 people have been internally displaced, and the number of displaced people is expected to rise up to 5 million in the future. The international community should make its utmost efforts to immediately provide humanitarian support to Ukrainians.

There is no military solution! Russia and the international community must use diplomatic and peaceful solutions.

Russia’s invasion of Ukraine completely ignores the international community’s efforts to solve the problems of Ukraine with a peaceful agreement during the past few years. It is a clear infringement of sovereignty for Russia to ‘approve independence’ of the Donetsk People’s Republic and Luhansk People’s Republic in the Eastern part of Ukraine and send troops in the name of protecting them. Russia is justifying its invasion with its concern of Ukraine joining NATO, but attacking based on concerns is undoubtedly a ‘preemptive attack’.

The US and other Western countries must stop actions to escalate tensions in the region such as expanding military alliances, strengthening military forces, and deploying arms. Members of NATO expanded even after the Cold War with 14 new member countries. From 2008, it opened possibilities for Georgia and Ukraine to join NATO, which shares borders with Russia. Russia has raised the issue that NATO’s eastward expansion is threatening its security.

All countries, including Russia and Ukraine, have interests related to security assurance. However, these interests should be achieved only by peaceful means and through diplomacy while considering similar interests of other countries. We urge the relevant governments and organizations including Russia, Ukraine, NATO, the OSCE and the UN to immediately start negotiations for a peaceful solution. The South Korean government should also follow its Constitution that it ‘shall endeavor to maintain international peace and renounce all aggressive wars’ and implement all possible diplomatic measures for a peaceful solution.

The statement is endorsed by 393 South Korean NGOs : 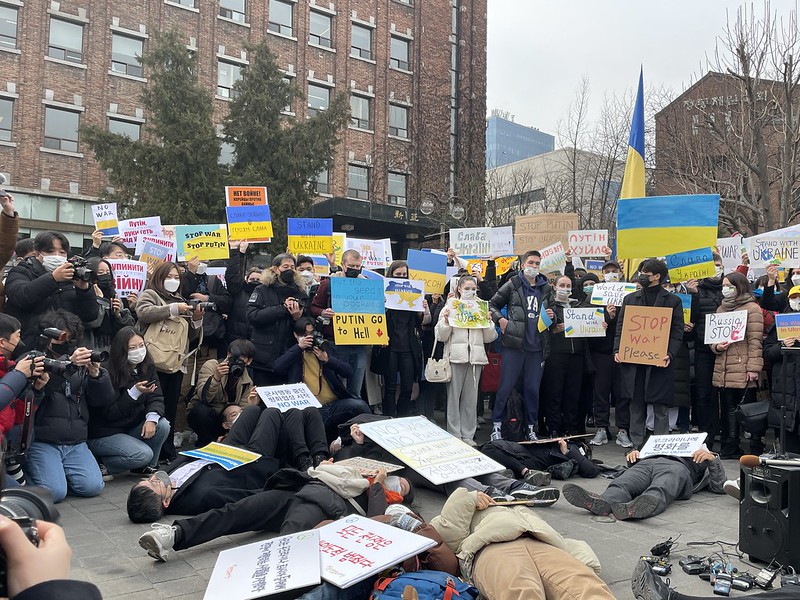 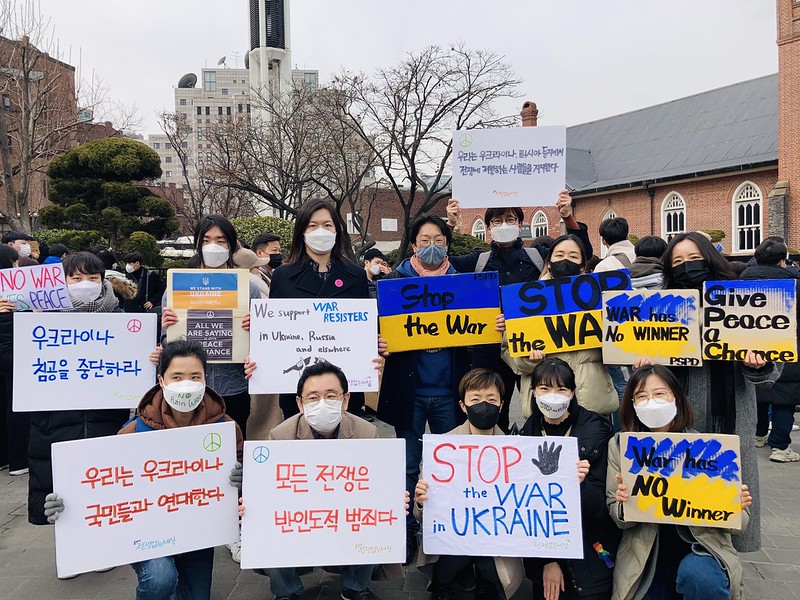