The year 2017 has come. I wish you a happy New Year and hope you share blessings with neighbors. People tend to forget past years when a new year comes. I guess that is because to receive a new year with fresh mind. However, I wish the atmosphere of 2016 continues in 2017.

We have witnessed corruption and injustice through the Park Geun-hye - Choi Soon-sil Gate. PSPD will do the best to break them up and bring the fever and passion of citizens demonstrated in streets and daily scenes to correct Korea. Please give us a concern and support. 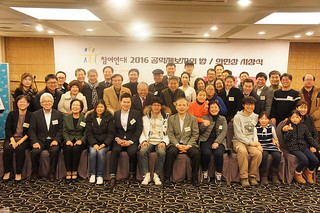 <2016 Whistle Blowers for Public Interest and Righteous Citizen Awards> was held on 2 December in the warm and friendly mood. The Righteous Citizen Awards of PSPD was established in 2010 for the purpose of praising courage of whistle blowers for public interest who contribute to correct lies and wrongdoing by reporting corruption, waste of budget, and unconscionable acts to concerned authorities, the press or civil organizations. Candidates recommended by various fields were reviewed and six were selected for the awards. They were awarded with a plague and prize.

PSPD has been demanding it for a long time. In 2013, it carried out a project campaign <Open National Assembly, Communicate Politics>and already presented a report how front courts of national assembly were used in overseas. Even though our demand was not responded this time, PSPD will continue this activity. 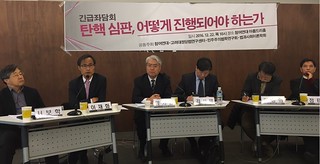 PSPD has opened the secretariat office for citizens

to rest who came to Gwanghwamun square to protest 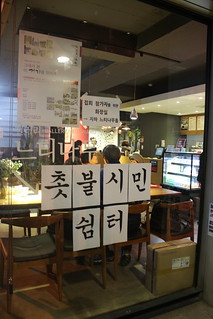 The secretariat office of PSPD is located in the midway from Gwanghwamun square to the Blue House. While candle rallies and march demanding Park’s resignation were held despite of cold weather, PSPD has opened its office for protesters on 3 and 10 December. They were able to use toilets in the basement 1 and the 2nd floor and hot coffee was served for free to citizens passing by PSPD building thanks to anonymous contribution of coffee for 2,000 serves. We would like to convey gratitude to the supporter. 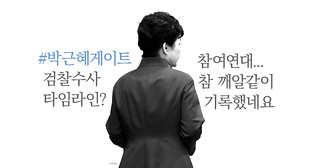 PSPD has been recording probe status and outcome of the Special Investigation Team continued after prosecutors and opened a website on 5 December for citizens to be able to check timeline anytime on the internet. It is made to facilitate the people to choose useful and effective information while the people get lost in flooded information. I hope the site helps citizens to check status and development of the investigation.

PSPD has submitted a petition of 12,000 for damage compensation against the National Pension Service to the government in cooperation with Public Pension for All and other organizations on 14 December. It requests to take legal action against authorities who badly influence the National Pension Service to support succession of the Samsugn Group management. In the course of Samsung C&T and Cheil Industries merger in July 2015, Lee Jae-yong, a vice chairman of Samsung Electronics gave bribes to Choi Soon-sil for his succession and Hong Wan-sun, a head of investment management of the National Pension Service and Moon Hyung-pyo, former welfare minister supported Lee despite of causing damages to the Pension Service. They have been already reported for bribery, breach of trust and misfeasance and subjects of a probe. However, besides applying criminal charges, citizens as a member of the Service have the right to request damage compensation. The Pension Service, people’s security for declining years must not be unfairly misused again.


Public interest Litigation obtained a permission to march up to 100 meters from the boundary of the Blue House
On 3 December, Citizen Action for Park’s Resignation marched to 100 meters from the fence of the Blue House. The Citizen Action for Resignation has complained that the decision of the police to prohibit or conditionally permit rally and march on 3 December was unfair and Seoul Administration Court has admitted it and ruled to secure rally and march up to 100 meters from the Blue House. Consecutively for five weeks, the Public Interest Law Center of the PSPD has tried to get provisional disposition of suspension of execution for weekend rallies and it also took care of this suspension of execution case.

However, no rally and march are still allowed within 100 meters radius from the boundary of the Blue House because the Article 11 of the Act on Assembly and Demonstration defines it as imperatively prohibited area. Unconstitutionality of prohibiting assembly and demonstration within 100 meters radius from boundary of the Blue House, National Assembly and residence of a prime minister is under review and PSPD also has requested lawmakers to revise the Article 11.