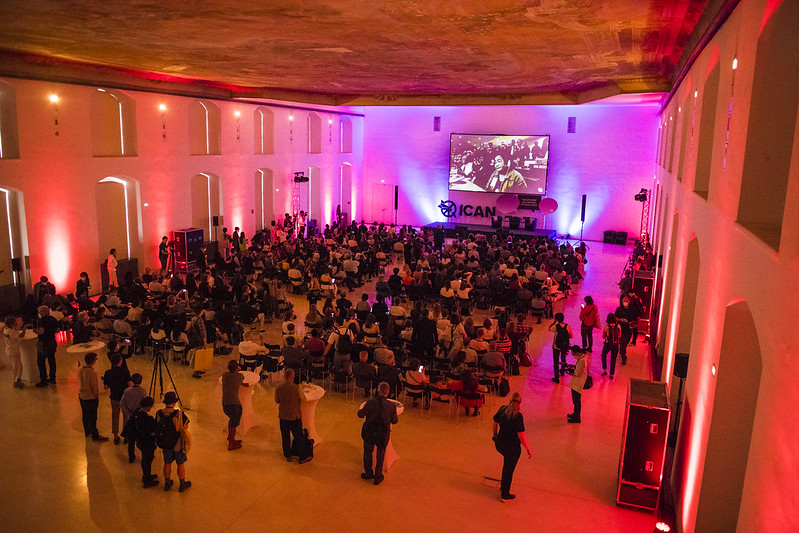 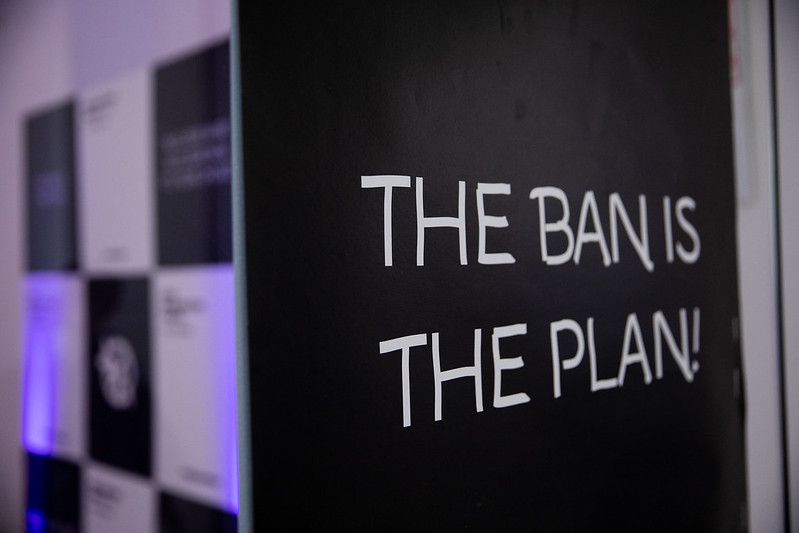 ICAN Nuclear Ban Forum is a place to connect with experienced and new campaigners and strengthen our efforts and each other as we deal with the terrifying urgency and threats from nuclear weapons. It is open to everyone, so join us and discuss the problems, urgency and plan to put an end to nuclear weapons.

Nuclear weapons are a bigger threat than ever before. The war in Ukraine shows how nuclear weapons do not create safety but is a tool for terror and blackmail. The world urgently needs a reality-based plan to get rid of nuclear weapons, a plan that involves governments, elected representatives, international organisations, civil society and impacted communities.

As governments gather for the first Meeting of States Parties to the UN Treaty on the Prohibition of Nuclear Weapons (TPNW) in Vienna, we’re bringing all parts of society together in Vienna and around the world to make our voices heard in a loud, unequivocal “no” to these weapons of mass destruction.

Northeast Asia is a region which has experienced the horrors of Hiroshima and Nagasaki, and today faces a very real nuclear threat, with two nuclear-weapon states. Yet it is also home to Mongolia, itself a single-state nuclear-weapon free zone which has ratified the TPNW, lodged between these two powers.

What lessons can we learn from Mongolia’s experience? What efforts are now underway toward the denuclearisation of the Korean Peninsula, which has remained in a state of armistice for more than 70 years? And how is civil society from this tense region mobilising together toward denuclearisation of the whole of Northeast Asia, utilising the TPNW?

Presentation : for the Nuclear-Free Korean Peninsula

Manager of Center for Peace and Disarmament, PSPD

I’m sorry that I can’t be with you in Vienna, where the historic TPNW first meeting will be held, but I’m happy to talk about the situation in Northeast Asia like this.

The Korean Peninsula is now one of the regions where the threat of nuclear war is increasing. As you all know, the military tension surrounding the Korean Peninsula has increased recently. Two Koreas, and the US have not given up their military reliance on nuclear weapons, and have recently strengthened and shown off.

The results of the recent ROK-US summit have made us even more concerned. This is because there are many agreements that will increase the risk of military tension and nuclear war on the Korean Peninsula. The ROK and US governments agreed to discuss the resumption of a high-level consultative group about extended deterrence strategies, the expansion of joint military exercises and the deployment of US strategic assets, and the US said it would use all available defense capabilities, including nuclear capabilities. Strengthening nuclear umbrellas and deploying US fighter jets capable of carrying nuclear weapons will increase the risk of nuclear war on the Korean Peninsula.

But Pyongyang declared its commitment to continued reinforcement of its defense in 2021. Pyongyang’s plans include advancing its nuclear technology, as well as developing a wide range of new weapons, including tactical nuclear weapons, a super-large nuclear warhead, underwater launch nuclear strategic weapon, and so on. Therefore, North Korea’s nuclear test could happen again at any time. In fact, it seems that North Korea has long abandoned the idea of resolving it through dialogue with South Korea and the US.

The US talks about ‘unconditional dialogue’, but I think it’s time for a dialogue with conditions. We have to create conditions for the dialogue again. Cross-border communication lines between two Koreas, which were restored last year, have not yet been cut off. If South Korea and the US take appropriate steps to reduce the military threat against North Korea, including the suspension of joint military exercises, it could change the atmosphere.

The international community’s policy of making North Korea give up its nuclear weapons through sanctions and pressure has failed for the past 20 years. While North Korea has maintained its nuclear tests and ICBM test moratorium, South Korea and the US have not taken proper steps to reduce the military threat North Korea feels and build trust. It is one of the reasons why North Korea has decided to launch an ICBM test again.

I think the way to resolve the nuclear conflict on the Korean Peninsula is to improve relations. Next year, it will be 70 years since the Korean War armistice agreement was signed. Denuclearization is impossible unless we end an unstable cease-fire system and end the long-lasting hostile relations among the countries involved in the Korean War, and shift to a normal diplomatic relationship, and create a situation where we no longer have to prepare for war against each other.

Civil society in South Korea focuses on this part. Numerous civil society organizations and seven major religious orders have been conducting the Korea Peace Appeal: Peace Campaign to end the Korean War since 2020. Signature movement calling for an end to the Korean War, a peace treaty, and a nuclear-free Korean Peninsula are our important activities.

We can promote the denuclearization of the Korean Peninsula by improving relations and building trust. No problem can be solved by the international community demonizing and pressing North Korea.

The Korean Peninsula is a region where the threat of nuclear war persists, and South Korea has the second largest number of atomic bomb victims in the world after Japan, so there is no reason not to join the TPNW. However, when we asked about joining the TPNW, South Korean government officials said, “Of course, I agree with the vision for a nuclear-free world. However, in reality, it is difficult to join the treaty now.”

I expect that it will be difficult for the South Korean government to join the Treaty or do anything in support of the treaty before the end of the Korean War armistice. The same is true of the Ottawa treaty and the convention on cluster munition. There are so many steps South Korea has to go through to join the TPNW.

But it’s clear that the vision of another world that we want is a way for all nations to join the treaty and eliminate all nuclear weapons on Earth.

Thank you for listening. 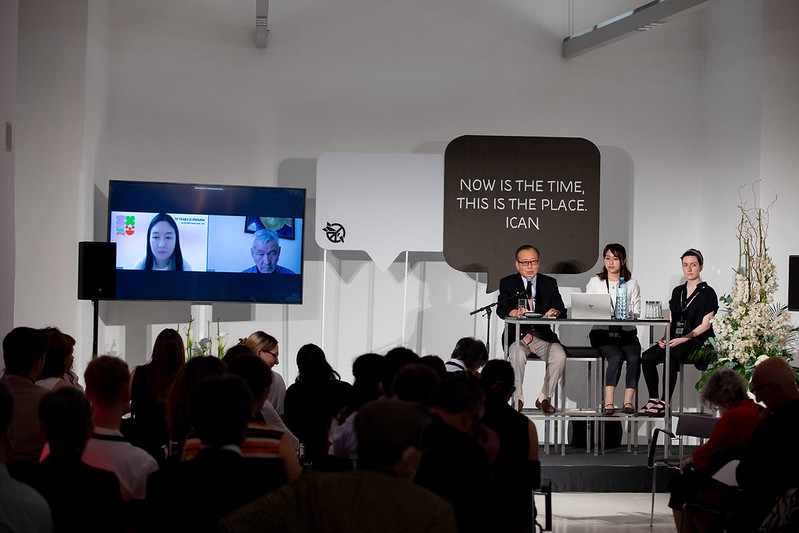