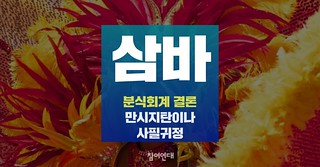 The Securities and Future Commission (hereinafter referred to as SFC) stated on November 14 that Samsung BioLogics Co Ltd (hereinafter referred to as “SamBa”) had intentionally breached accounting rules. SFC recommended that Samba fire its CEO, fined the company 8 billion Korean wons for wrong-doings and sent their findings to prosecutor’s office. With this ruling, trading of Samba shares will be suspended from November 15, and the Korea Exchange will review whether Samba should be delisted. This ruling took 21 months after Center for economic and financial justice of PSPD had requested that Financial Supervisory Service conduct a special audit on accounting fraud by Samba.

However, the ruling by SFC is only the beginning of correcting wrong-doings. Prosecutors need to thoroughly investigate any illegal activities and crimes related to ownership shift for vice chairman Jaeyong Lee. PSPD has released 32 press releases and various statements while raising questions on the allegations on Samba in the past 2 years. It is PSPD’s calling given by the people that it finds crimes by Chaebol(Conglomerate) based on privileges and violations and call them out. PSPD will not stop until these privileges and violation are put to an end. 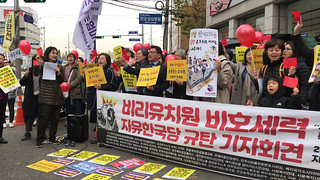 Public uproar was sparked when corruptions with private kindergartens were revealed during the parliamentary audit in October. Amendment of 3 existing Acts(Preschool Education Act, Private Scholl Act and School Meal Service Act) such as introducing state accounting system is being initiated, led by a member of National Assembly, Park Yong-jin who revealed the corruptions. Liberty Korea Party(hereinafter referred to as LKP) is delaying the introduction of these amendments while steering away from a committee review. At the same time, LKP is bluntly protecting private kindergartens by saying “Frankly speaking, the problem is with the laws, not with you” during its own discussion session called ‘future of private kindergartens’. Representatives from LKP are claiming to take a legal action against Rep. Park, saying he is spreading false news and defaming LKP members

Outraged citizens over this absurd situation, civil society organizations for human rights, gender equality, welfare & education, and labor unions held a joint press conference to denounce KLP for protecting the corrupted. They paid a visit to LKP HQs in Yeong-deung-po and demanded that the party stop defending the corrupt kindergartens by placing “red cards” on their signage and bursting red balloons. These 3 legislation changes need to be approved during the regular session of National Assembly and PSPD will take lead to ensure this approval.

Alternative service needs to be applied in a reasonable manner 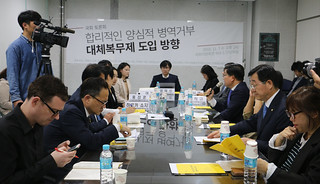 South Korea’s constitution court ruled on June 28 that denying an alternative service for conscientious objectors violates the constitution. A government proposal agreed after a hearing in October will be announced soon. This alternative service proposal, however, includes a 3 residential year service in correction facilities, Review committee establishment at the Ministry of National Defense (hereinafter referred to as MND) and so on. If the draft bill come into reality, it would be another punishment to conscientious objectors.

Center for Peace and Disarmament held a press conference opposing to the alternative service proposal by MND in front of the MND building on November 5. Some members of National Assembly and lawyers from Minbyun- Lawyers for a democratic Society held a press conference on November 7 to debate on <Introducing reasonable alternative service for conscientious objectors>. We have been calling the HR policy department, MND since November 16 to consider better alternatives that conform to international human rights standards more. 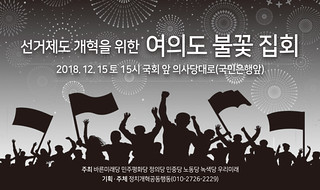 ‘Political Reform Committee- a committee to discuss revision of electoral districts for the legislative election (hereinafter referred to as PRC)’ at National Assembly is in full swing. ‘Political Reform Joint Movement’ formed by over 570 civil groups including PSPD held a press conference at National Assembly on November 15 to urge for an elector system change. To change the current electoral system that misrepresents the popular will, an introduction of proportional representation and increase of National Assembly members are necessary and PRC should take a sense of responsibility and take lead in starting the discussion, the movement claimed.

‘Joint Action for Political reform’ is campaigning in various methods to communicate the needs for the change such as online petition(bit.ly/정치개혁서명), one man protest in front of National Assembly and sharing on facebook. Recently the Democratic Party leader, Lee, Hae-chan made a comment that could implicate withdrawal from ‘proportional representation system’ which was one of the election campaign promises by president Moon and it frowned the public. Political reform seems so distant but it can be done when citizens are awake. We invite our members of PSPD to join us on December 15 at our scheduled ‘Fireworks gathering in Yoeido for an electoral system change’ and would appreciate your interest and participation.

Dear representatives of National Assembly, do not miss the opportunity! 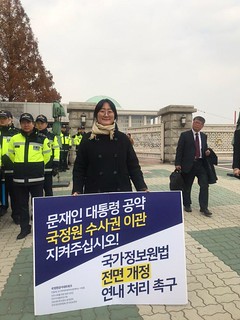 There have been countless illegal activities by National Intelligence Service of Korea (hereinafter referred as to NIS) during the Park administration as well as the Lee administration by running cyber teams to manipulate the public opinions. The law on NIS needs to be amended so NIS does not repeat illegal practices over and over to help an existing administration to regain power unjustly. It includes reduced roles and responsibilities such as shifting investigation authority on the public to the police and reinforcement of checks and balances. This NIS reform bills submitted by Rep. Kim Byung-ki and Cheon Jeong-bae are pending at National Assembly. However, progress on these bills is unlikely as Liberty Korea Party is vetoing the draft bills.

Starting with the press conference on November 6, NIS watch network continued its one man protest rally through end of the month to demand amendments of NIS laws to be complete by end of 2018. On November 21, PSPD issued a report on 「Analysis on past NIS reform schemes by Liberty Korea Party」 to urge LKP to drop ‘their campaign to object to” transforming NIS for a better future and be a leading party of the NIS reform.

Corrupt judges to be impeached immediately! 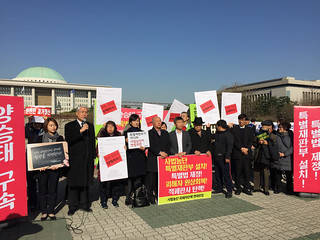 ‘Emergency Committee to deal with judicial corruption by former chief justice, Yang Seung-tae’ which PSPD is part of has been demanding that 6 judges who allegedly involved with the scandal be impeached and special laws to be enacted.  2 weekend rallies were held on November 3 and 17 in Kwang-hwa-moon. The national judicial representatives committee held the 2nd committee meeting on November 19 and declared that <investigation be necessary to look into potential violation of the judiciary independence>. Judges themselves are asking for impeachment of ones that are involved in the judicial corruption.

Center for people’s livelihood improvement published its findings and analysis on LTE cost acquired through the communication cost reveal trials on November 21. Our findings reveal that the excess profit for SKT from 2004 to 2016 is nearly 19.4 trillion wons and there is room for communication service providers to lower rates. This vast excess profit was only possible as consumers have been paying way more than necessary. This proves that lowering the rates and service improvement are necessary going forward. With introduction of 5G service in the 1st half of 2019, it is expected that rates will go up further while the burden will fall mainly on the consumer. Therefore, the excess profit that service providers have been experiencing needs to be reflected into constructing the 5G service rates in the future.

The ubiquitous cell phone ownership bill needs to be passed soon as well. We were able to get access to cost accounting and government permit of 2G and 3G service back in April after 7 years of law suits against the government for this analysis. Based on the ruling, access to additional data on LTE services was granted in June and August.

Urge to Stop expanding the unit period of flexible workhour 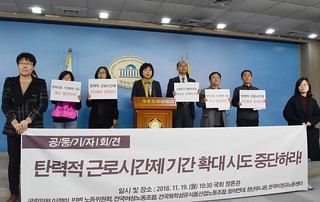 Center for fair labor society held a joint press conference along with a Rep. Lee, Jung-mi from Justice Party and a labor committee from Minbyun-Lawyers for a democratic society at the National Assembly on November 19 to urge to stop expanding the unit period of flex workhour. The Expansion of unit period for Flex work hour system will only help lower costs for employers but will be a step back as the expansion will allow back extreme work hour, maximum 64 hour per week which can intensify workload but lower wages for workers. This not only contradicts the intent of work hour reduction addressed in the revised labor law back in March, but also changes the bottom-line that employers must abide by in terms of wages and workhours. This eventually makes the current labor law a mere scrap of paper.

Participants at the press conference criticized the situation where the administration and national assembly are pursuing a retrogressive revision of the work hour system within the 6 months of 52- hour work week system introduction and demanded that expansion of unit period for the flex work hour system be dropped immediately. We will take no side to serve our true role as civil society organization.