NPT Statement : Ending the Korean War is the way to promote the denuclearization 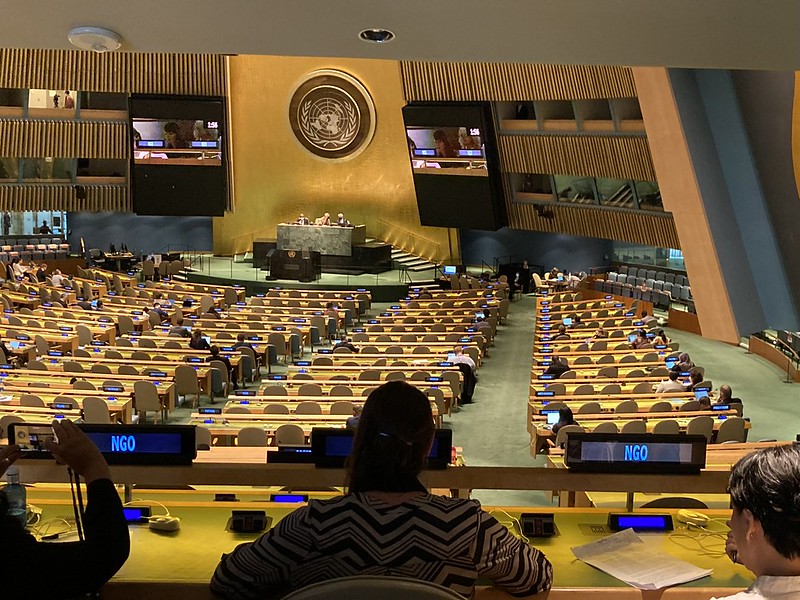 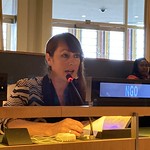 Today, I am honored to represent People’s Solidarity for Participatory Democracy (PSPD) and Peace Boat.

Militarism has been reinforced around the world and the threat of nuclear weapons is higher than ever. The Korean Peninsula, where war has been ongoing for 70 years, is located in the middle of this crisis and the nuclear issue in the region is part of this unstable armistice.

Recently, military tensions surrounding the Korean Peninsula have been increasing significantly. Some argue that the peace process on the Korean Peninsula has failed. However, serious negotiations and efforts to resolve the problem peacefully are yet to be made. Since the Democratic People’s Republic of Korea (DPRK) announced a moratorium on nuclear and ICBM tests in 2018, the Republic of Korea (ROK) and the United States have not taken appropriate countermeasures to improve hostile relations and resolve security threats felt by the DPRK. This is one of the reasons for the loss of momentum in negotiations, and why the DPRK cannot be blamed solely for the current situation.

The ROK and U.S. governments are planning to expand joint military exercises. This military action will again lead to the unfortunate consequence of driving the DPRK’s nuclear and missile tests. The DPRK is already pursuing a plan to build up its military power, including nuclear capability. Meanwhile, the U.S. is a nuclear weapon state that has not adopted the principles of No First Use and Sole Purpose. Even before the DPRK obtained nuclear weapons, the U.S. had vowed to be able to use nuclear weapons against the DPRK first, and its military strategy thus continues. Eventually, strengthening the implementation of the U.S.-ROK extended deterrence will further increase the risk of nuclear war.

We do not have much time. If the power to power confrontation continues, we cannot guarantee that even an unstable ceasefire will remain in place. Therefore, we propose the following.

First, we need to quickly turn the current military confrontation into a phase of dialogue and negotiation. We must restore trust and create a situation where dialogue can resume. The U.S. has the strongest military power in the world, and the ROK spends more than 1.5 times the DPRK’s total GDP on military spending alone. The ROK and U.S., which have an overwhelming advantage in economic and military power over the DPRK, should take preemptive measures like suspension of joint military exercises to reduce military threats to create conditions to open dialogue.

Second, it is necessary to reconsider the purpose and effectiveness of the UN Security Council sanctions on the DPRK. The policy to make the DPRK give up its nuclear weapons through sanctions and military pressure has failed for the past two decades. As a result, we all witnessed that the DPRK’s nuclear capability has grown over time. We should all remember that the DPRK’s nuclear and ICBM tests were suspended, at least while talks and negotiations were underway. The international community cannot solve problems simply by demonizing the DPRK and imposing sanctions and pressure.

Civil society’s voice to end the Korean War is growing. South Korean civil society organizations, religious groups, and international organizations launched the Korea Peace Appeal : Peace Campaign to End the Korean War in 2020 and have since been active. We believe that stopping hostilities and ending the war is the most fundamental solution to creating a peaceful Korean Peninsula without nuclear weapons. We would like to urge you today to support our sincere appeal for the official end of the Korean War. This is the fastest way to achieve denuclearization of the Korean Peninsula and peace in East Asia. This is also a task that must be accomplished to prevent the proliferation of nuclear weapons and to advance nuclear disarmament. Thank you.

FYI : 8/6 NPT News in Review by WILPF Reaching Critical Will