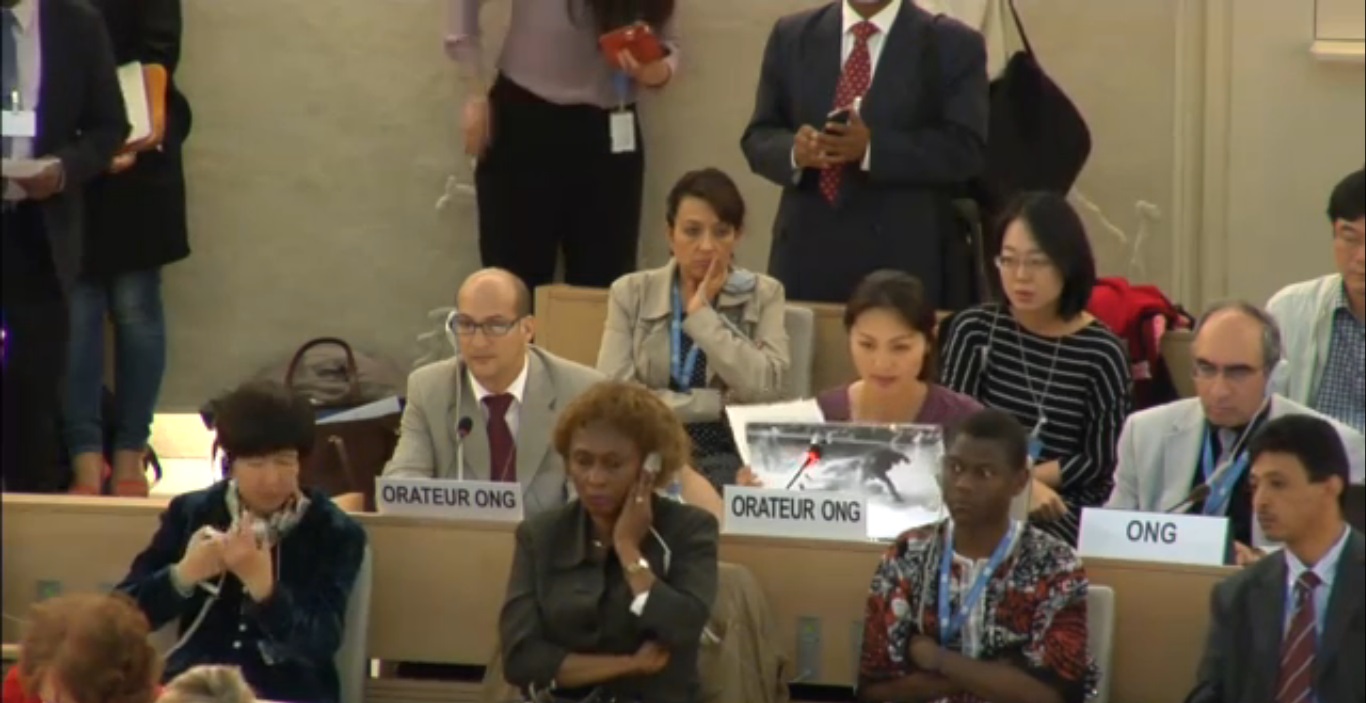 32nd Regular Session of the UN Human Rights Council
Item 3: Promotion and Protection of all Human Rights, Civil, Political, Economic, Social and Cultural Rights, including the Right to Development

on the rights to freedom of peaceful assembly and of association

My name is Minjuwha Baek, and I am the daughter of the 69 year-old farmer Namgi Baek in the Republic of Korea who was mentioned in the Special Rapporteur’s report. My father was targeted and knocked down by the police’s water cannon on 14 November last year, during a protest for the increase in rice prices. He remains in coma for more than 200 days due to severe brain damage.

The Government imposed an arbitrary ban on the protest, claiming it was not an assembly but a crime. They named the protest unlawful and not peaceful, even before it took place. The police arrested or summoned more than 500 protesters. This includes Mr. Sang-kyun Han, the president of Korean Confederation of Trade Unions(KCTU), facing up to 8-year imprisonment for organizing the protest.

The police blocked main roads and streets with hundreds of bus barricades and thousands of police forces, even hours before the protest. The police shot water cannons with capsaicin to protesters indiscriminately for hours.

No apology, No investigation, No justice.
The government of the Republic of Korea insisted on having a thorough investigation. For 7 months, all they did was summoning my sister once. If you hit someone who is not attacking you, you should apologize and do everything to fix it. Every human being knows this.

We want a sincere apology, thorough investigation, and justice for my family and for all.

Mr. President,
If you allow me for 5 seconds I would like to invite my father to speak for himself. (Holding Mr. Baek’s photo)