PANAY Island, Philippines – The indigenous people’s Tumandok and the Ilonggo community in the island of Panay, Philippines are faced with a horrendous project of the Philippine government, the Jalaur River Multipurpose Project Phase II (JRMP2) or the Jalaur mega dam.

The Jalaur mega dam project is supposed to have been finished by 2016, before President Aquino ended his term. But because of the opposition from both local and international, the mega dam is yet to be constructed this year’s 3rd quarter.

Touted to provide irrigation for rice production, potable water in the city and nearby towns, and to augment power supply in the region, the project is hounded by issues of dislocation, threats and destruction of the environment and loss of lives.

One of the directly impacted communities are those of the Tumandok people, also known as Panay Bukidnon in academic circles, of Central Panay. They remain the largest indigenous people’s group with a population of 94,000 in the municipalities of Calinog, Janiuay, and Lambunao (Iloilo province) and Tapaz and Jamindan (Capiz province) with their ancestral domain and communities located along and within the Jalaur and Pan-ay Rivers.

According to the World Commission on Dams, “large dams have had serious impacts on the lives, livelihoods, cultures and spiritual existence of indigenous and tribal peoples.”

The Tumandok people have started opposing the project in October 2011 during their 8th General Assembly. More than thousand Tumandok people from various upland villages and towns of Iloilo and Capiz provinces passed a resolution opposing the Jalaur mega dam project because it will destroy their communities, livelihoods and the environment, resulting to cultural ethnocide of their tribe.

The Jalaur mega dam will directly and indirectly affect 16 upland villages of Calinog town, totally submerging three villages namely Garangan, Masaroy and Agcalaga. In the most recent government data, about 17,000 indigenous peoples will be affected.

“Our farms will be submerged. Our livelihoods and houses will be destroyed. What will happen to us? We are being treated as foreign from our own native lands,” said Romeo Castor, whose land will host the site of the 40-meter high afterbay dam. 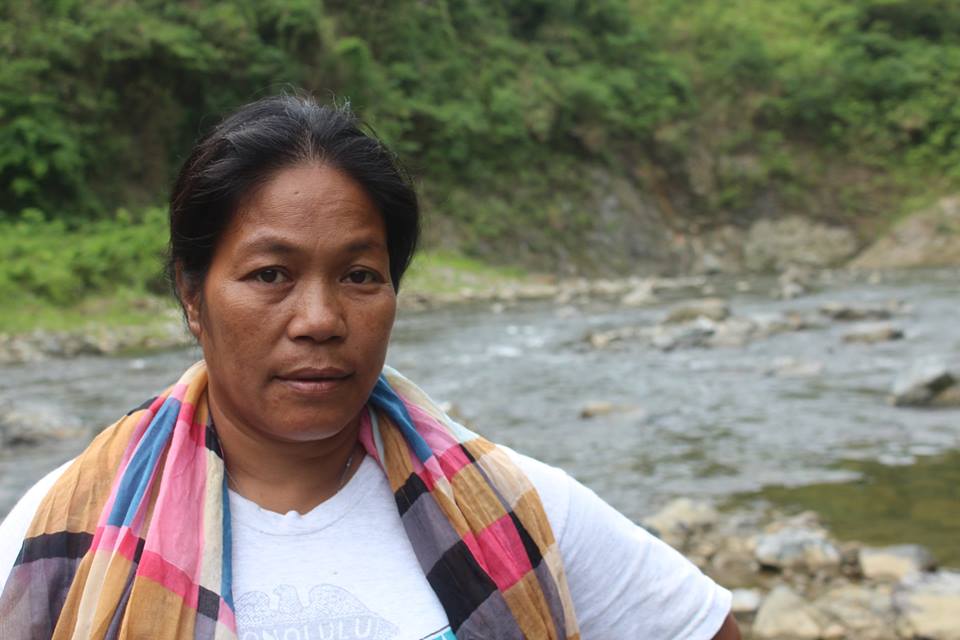 Two of the three dams, the Jalaur main reservoir and the afterbay, are located within the ancestral domain majorly owned by the Castor clan. Romeo’s brother Nestor, has already lost almost one hectare of his lands due to road construction going to the main dam site. He was only paid PHP1,800.00 (US$38) for the damages to his coffee plants and fruit-bearing trees, but during the court trial where he was a witness, the National Irrigation Administration (NIA) presented a document showing that he received PHP180,000.00 (US$3817).

The Tumandok people also faced various harassments, threats and intimidations by the municipal and provincial LGUs and proponents of the project. They were offered bribes to sign documents in favor of the project or face expropriation cases before the court for continuing to oppose the mega dam. Their lives are also in danger as more and more military and police forces are deployed in the area to suppress their organizing and education campaign.

The project and the presence of the military and police forces was faced by opposition not only from the locals but also by the New People’s Army (NPA). Two incidents of sniping by the NPAs were recorded against government troops stationed to guard the dam area. Government forces suffered casualty from the two separate incidents.

A large project like the Jalaur mega dam, funded through the Official Development Assistance (ODA) of South Korea, did not observe and follow local and international laws and even violated these laws.

On November 2011, the NIA already submitted its final feasibility study to The Export-Import Bank of Korea (Korea Eximbank) but only conducted the FPIC process on the feasibility study among the affected communities on January until May of 2012.

The process was rigged to favor the proponents.

There was no “free” consent because reliable information from affected communities revealed that the NIA engaged in “giving incentives” thru menial job hiring of people who resist or are reluctant to give consent to the project. There was no “prior” consultations that happened because the final feasibility study was already submitted before the FPIC process was conducted. Neither was the consent “informed” because the NIA discussed only the supposed advantages of the project but kept from the people many information about the dangers and negative impacts, such as the existence of the active West Panay fault and that several communities will be submerged in water.

Even in the feasibility study report, the NIA lied about the existence of an active West Panay fault line and dismissed that “these faults are inactive and have no vestiges of movement.” This runs contrary to the 1948 Lady Caycay earthquake triggered by the active fault that caused widespread damages to 55 Panay churches.

People from the downstream areas of the Jalaur River were not also consulted about this project. In August 2014, Korean guests from Gong Gam Human Rights Law Foundation, visited the victims for the first time to document the implementation process of the project. One of their key-informant interviewee was the mayor of Dueñas town where they learned that local government units (LGU) were not consulted and that it was only in August 2014 that the provincial government gathered the LGU representatives to present the project.

In the Tumandok area, burial grounds and sacred sites will be desecrated by the project, according to a research conducted by University of the Philippines Visayas graduates Mar Anthony Balani and Jude Mangilog.

The study, entitled “Necropolitics: Panay’s Tumandok Burial Grounds and the Jalaur Multipurpose Project Phase II (JRMP II)”, identified 5 Tumandok burial grounds and 1 sacred site in Calinog, Iloilo that will be destroyed to facilitate the construction of the Jalaur mega dam and access roads.

“The destruction of our burial grounds violates our cultural practices. Burial grounds represent the continuity and tradition of our family. These burial grounds are remembrance of our respect to our dead family relatives and ancestors,” one of the Tumandok key informants said in local dialect.

The Tumandok people was stopped to use their burial grounds during the American colonization period due to hygiene concerns. Since then, they would visit and held rituals on these sites as respect for their ancestors and the belief that their spirits dwell in these areas.

“We respect our dead. Our dead will condemn us that we agreed that their resting places will be desecrated. How painful it is to know that they’re dead already but they will be drowned by water. It is very painful for us Tumandok because our dead is not respected,” said another key informant in local dialect. 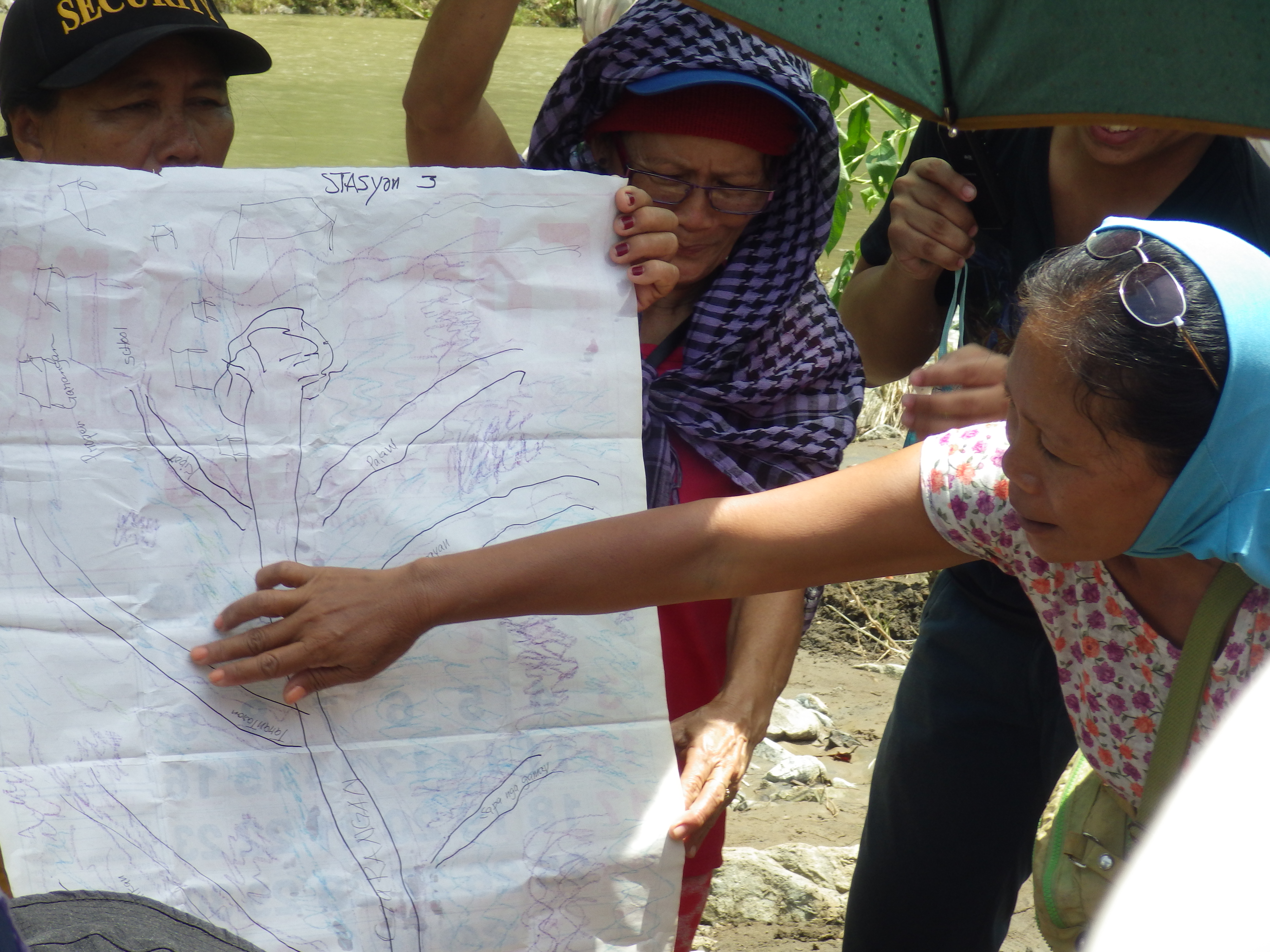 Struggles and challenges ahead

The Jalaur River for the People’s Movement (JRPM) was launched in March 2013 to consolidate efforts of the Tumandok and the downstream communities in their struggle against the mega dam project. JRPM also provides linkages to national and international organizations to strengthen solidarity and support for the stakeholders.

The continuing struggle since 2011 until today led to the delay of the construction of the dam. This victory is also shared with the national and international organizations, especially in South Korea (Gong Gam, KHIS, KTNZ Watch, Center for Green ODA, and now the PSPD) for without them, our efforts in the local and national level would not reach the Koexim bank and the South Korean people.

We reiterate our opposition because of the economic, social and environmental threats the dam would bring us. More than a million Ilonggos in the downstream communities would be inundated once the dam would release million cubic meters of water during heavy rainfalls as experienced by most communities in Metro Manila with large dams.

The Filipino people shall suffer the debt incurred from the loan (PHP8.92B and the additional PHP500M interest rate) only for the private institutions to benefit from the project after construction. Human rights violations would also continue to escalate once the dam has already started construction.

The recently concluded International Solidarity Mission (ISM) on July 16-18 provides broader support from various local, national and international individuals and organizations to strengthen our resolve in opposing the project.

1. We call on the Philippine government, its agencies and the Armed Forces of the Philippines to respect the Tumandok people’s rights to their ancestral domain and their processes of decision-making. The Tumandok people must be able to make informed decisions freely, without coercion, bribery and promises from the government, its agencies, and the military. A genuine FPIC process must be observed.

2. We call for the stop of the militarization in the countryside, the pull-out of state security forces, including the Armed Forces of the Philippines, the Philippine National Police’s Regional Mobile Group and Special Action Forces, and paramilitary groups from IP communities, and the investigation of human rights violations that were committed to coerce the IPs into consenting to the JRMP II.

3. We moreover call on the Philippine government to carry out the prompt indemnification of IPs and other victims for their properties damaged in the course of the implementation of the JRMP II.

4. We also call on the Duterte administration to review all development projects, including mega-dams and reforestation programs, intended to be implemented in the Tumandok people’s ancestral domain and to end projects which desacralize the Tumandok people’s cultural identity and violate their rights.

5.  And we call on the South Korean Government, the loan-provider for the JRMP II, to deeply evaluate the issues that were raised by the IP communities and other stakeholders and to take necessary actions to address these concerns, including withholding of funds unless these concerns are properly addressed.

2. We also recommend that an exhaustive and comprehensive assessment be made on options and alternatives to the mega-dam. Of particular interest would be to assess the feasibility of small and micro-dams that are less hazardous and can still provide irrigation water to farming communities. Another option would be the rehabilitation of existing irrigation systems.

3. We further recommend that proposed dam projects in Jalaur and in Pan-ay rivers comply with the guidelines in the final report of the World Commission on Dams in 2000; that the process of free, prior and informed consent be strictly observed; and that international guidelines and safeguards on dam-building and projects related to ODA be followed as well.

Finally, we call on the help of the South Korean people to pressure the South Korean Government, and the Koexim Bank to heed the call of the victims and various stakeholders already and to be affected by the mega dam project.

The South Korean people’s money is better with other projects other than the mega dam that will endanger the lives, livelihood and future of the Tumandok people, the Ilonggos and the entire Filipino nation.