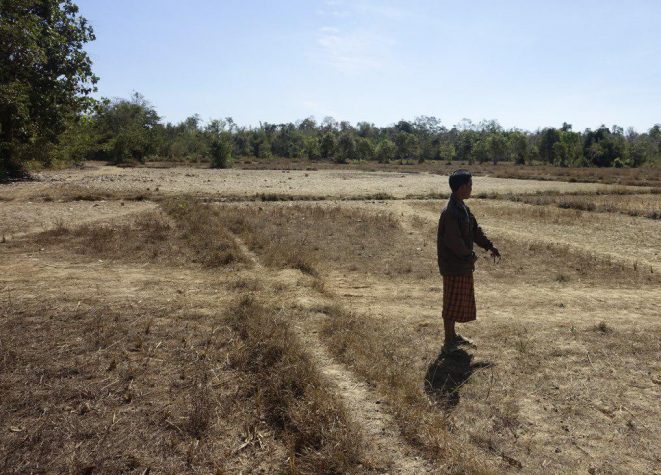 On 23 July 2018, a saddle dam of the Xe-Pian Xe-Namnoy hydropower dam in Attapeu Province, Laos, collapsed. The dam collapse unleashed a disaster with transboundary implications in which 49 Lao residents were killed, 22 others went missing[1], and more than 5,000 were displaced, as the dam water rushed towards the Cambodian border.

The Xe Pian-Xe Namnoy dam was a Public-Private-Partnership (PPP) that had received 80.8 million USD from the Economic Development Cooperation Fund (EDCF) of the Export-Import Bank of Korea, the primary institution that implements Official Development Assistance (ODA) loans for the Republic of Korea. SK Engineering and Construction (SK E&C), and Korea Western Power (KOWEPO) were among the main investors in the project. Construction had been completed in April 2017, four months ahead of schedule, and the dam was expected to commence its commercial operation in February 2019.

However, international environmental groups had long been opposed to the construction of the Xe Pian-Xe Namnoy dam. Concerns had been raised over: environmental damage, forced evictions, and lack of transparency in its Environmental Impact Assessments (EIA) and socio-environmental examination. During a parliamentary inspection by the Ministry of Strategy and Finance in 2013, it was pointed out that the project did not follow the EDCF’s safeguard policy, which aims to reduce, as much as, possible negative effects caused by large-scale development projects.[2]

Meanwhile, 90 percent of the electricity produced from the dam was supposed to be exported to Thailand and was never meant to be consumed in Laos. From the beginning, it was never intended to benefit the people of Laos. It was claimed it would serve as ‘the battery of Asia’, but it would do so by building an excessive number of hydropower dams. The Laotian Government was going to enjoy the financial profits.

SK E&C, the main constructor, and KOWEPO, the intended operator for the initial 27 years, were set to reap the benefits from the development project. The residents in the dam-constructing sites were left with the painful bitterness from having the environment destroyed and being displaced from their ancestral homes. As if this was not enough, some families lost family members and had their homes demolished.

The Korean Civil Society TF has been monitoring the situation of the affected areas, while demanding accountability from the Korean Government and SK E&C. National campaigns have been initiated, some with participation from the international community for solidarity. In 2018, Thai and Cambodian activists from Laos Dam Investigation Monitoring (LDIM) and a victim of the damaged area in Cambodia visited Korea, and took part in an international public forum to inform the general public about the situation in the damaged areas after the dam collapsed. They also met with the Korean Exim Bank and Members of Parliament to share insights about the dam collapse. A press conference was held in front of SK E&C building. SK E&C refused to meet with the activists and affected residents.

The Korean Civil Society TF has been lobbying members of the National Assembly to play a role in how the dam collapse is addressed. During a parliamentary inspection in 2018, it was raised that there are suspicions that SK E&C attempted to earn excessive profits by changing the structure and design of the dam. It was also revealed that the Korean Government had signed a loan agreement to provide conditional incentive bonuses for completion ahead of schedule.[3]

In September 2018 and January 2019, the task force conducted a research on the affected areas in Laos and Cambodia. The research found that the situation of the affected village was worse than expected. The village was nearly lost to view, with houses severely dilapidated. The conditions in the temporary camps were also very poor. The Laotian Government has banned residents from entering their village, supposedly due to risks of diseases or accidents. In addition, victims’ remains were kept in plastic bottles without having proper funerals. The research also contains interviews with various stakeholders and victims to raise awareness in South Korea.

On 22 January 2019, the Korean Civil Society TF submitted a letter to the Working Group on Business and Human Rights with allegations about human rights violations committed by transnational corporations and other business enterprises involved with the Xe-Pian Xe-Namnoy Hydropower Dam in Laos.[4] The allegation letter mainly asserts that the relevant authorities linked to the dam project failed in their responsibility to maintain safety and prevent human rights infringement by companies within its borders. Inappropriate decision-making, substandard construction processes, and incompetent crisis handling by the Korean Government and Korean companies all contributed to serious and extensive human rights infringements, which local residents were subjected to.

The UN Guiding Principles on Business and Human Rights[5] account for a State’s duty to protect individuals from human rights infringements from corporations within its borders. They also reflect the corporate responsibility to refrain from infringing on people’s human rights, while respecting human rights by remedying any negative impact on human rights it may find itself accountable for.[6]

The Korean Civil Society TF pointed out that SK E&C and the Korean Government had failed to fulfill their responsibilities and duties as explained in the UN Guiding Principles. This is because the companies involved did not immediately report to the State nor did they take measures to allow residents to evacuate, even though they were aware of problems with the saddle dam.

On 17 June 2019, the Korean Civil Society TF filed a complaint to the Korean National Contact Point (NCP) against SK E&C, Korea Exim Bank and KOWEPO for breaching the OECD Guidelines for Multinational Enterprises.[7] The complaint pointed out that: 1) the reason for the dam collapse was faulty design and construction; 2) SK E&C and KOWEPO failed to minimise the damage by missing the opportunity to discharge overflow; 3) no appropriate measures were taken after the dam collapsed, such an announcement for evacuation; 4)  the adoption of preventive safety measures on environmental risks were required by the EIA; 5) Korea Exim Bank failed to implement due diligence on expected risks in its management and consulting of the financing process; and 6) SK E&C, Korea Exim Bank, and KOWEPO refused to communicate with civil society organisations and ignored information disclosure requests.

One year after the dam collapse

Although a year has passed, the tragedy of the dam collapse continues. Support for recovery and compensation for the loss and harm inflicted upon Lao and Cambodian nationals have been slow. It is still unclear when the affected residents living in the camps will be able to return their village to resume to their daily lives in hope of a secure future.

The cause of the accident has only been revealed recently through an independent investigation commissioned by the Laotian Government, which found that the collapse was caused by human error.[8] Immediate steps must be taken to provide full compensation and restoration for damages to lives and livelihoods. The Korean Government and SK E&C should formally apologise for this tragedy and appropriately compensate the victims.

Preventive measures must also be taken to avoid a recurrence of this tragic disaster. Safeguard policies have been established and implemented by international finance institutions such as World Bank and ADB to prevent environmental, social, and human rights violations caused by large-scale development projects, and protect the rights of residents.

The Korean Government must immediately review its safeguard policies and apply it to all projects, including concessional loans and grants for development aid. The Korean Civil Society TF will continue its activities to push for official compensation for the affected residents and for measures to prevent the recurrence of the disaster in cooperation with the international community.

[3] Hankyoreh, SK E&C’s attempts to cut costs led to design changes that resulted in the collapse of dam in Laos, October 15, 2018

[7] The Korean Civil Society TF, Summary of the Complaint for the Xe-pian Xe-namnoy Dam Collapse, 2019