Center for Judicial Watch continues to announce its position to call for the establishment of an ”Independent Investigation Agency for High-ranking Public Official” and at the same time pressuring the National Assembly through launching ‘60-day project urging the passage of Act on Independent Investigation Agency for High-ranking Public Official.’ The center opened an online signature page that would send real-time calls for the passage of the law to members of the National Assembly’s Legislation and Judiciary Committee, and 9,000 citizens used this page. Also, the street signing campaign brought about 27,817 citizens’ participation. On 23rd of October, the Center collected 36,000 online and offline signatures and delivered them directly to the speaker of the National Assembly.

The National Assembly has become a blind spot and a bottleneck for reform. Without changing the National Assembly, there is a long way to go to change or reform Korean society. In response, PSPD is calling for the introduction of the linked proportional representation system through the <Joint Action for Political Reform>, a coalition of civic groups, while campaigning for political parties to freeze the parliamentary budget and form a social discussion body for summoning/judging lawmakers. In the process, we also resumed cooperation with the seven parliamentary and extra-parliamentary parties. On October 23, we held a joint press conference at the Rotender Hall of the National Assembly building, with slogans such as “Let’s reform the electoral system with a linked proportional representation system!” to draw the attention of civic and political groups and call for responsible participation of the ruling party.

The number of lawmakers should be increased in part, and at the same time, proportional representation seats should be guaranteed for lawmakers who are representing the weak to be expanded. Furthermore, even if the number of lawmakers increases, the total budget for the National Assembly, such as the allowance for lawmakers, should be ceased. And some reforms should also be carried out, such as the unification of various parliamentary benefits into salaries and the taxation of 100 percent. It is also a serious problem that even if a lawmaker violates the law or commits unethical conduct, there is no way to put the brakes on it at the moment. We will make sure to accept the parties’ promise to establish a pan-national discussion body to bring in lawmakers’ summons/judgment devices and come up with effective measures in the next 21st National Assembly.

On the 30th of October, with the above demand, civic, nationwide social and labor groups joined forces to hold a press conference, ‘Now is time to reform the National Assembly, introduce the linked proportionality system!’ We plan to run to the front of the National Assembly on November 23 at 2 p.m. to hold a large-scale civic rally calling for reform of the electoral system and the National Assembly before the plenary session of the fast-track election law revision. Please show your support and participation. 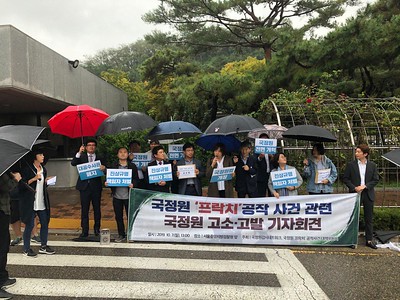 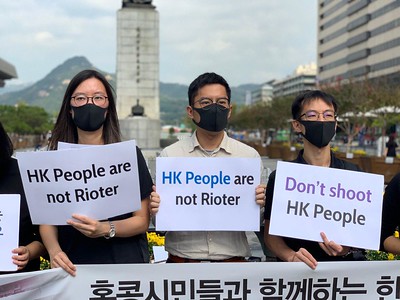 Hong Kong’s government and police crackdown on indiscriminate violence against demonstrations by Hong Kong citizens calling for democratization have gone beyond danger. On October 1st, an 18-year-old student was seriously injured by a live-fire shot by a Hong Kong police officer at a ‘Day of mourning’ event, the 70th National Foundation Day of China. Similarly, a journalist lost his sight after being hit by a rubber bullet from the police.

The main cause of Hong Kong’s escalating protests is excessive suppression such as police tear gas, water cannons, commandos, and live ammunition. In response, PSPD Center for International Solidarity held a press conference on October 4th with 65 Korean civic groups and Hong Kong people who live in Korea and support the Hong Kong protest. Center for International Solidarity called on Hong Kong government to stop indiscriminate violent crackdowns, guarantee freedom of assembly, and conduct an independent and thorough investigation into Hong Kong’s police response, including the protests.

The Hong Kong government should face up to why protests for democracy and human rights continue even after the withdrawal of the Anti-Extradition Law Amendment Bill. Unconditional release and disposition of the arrested protesters must be made, and prompt response to the “white terror” against the citizens who took part in the rally is needed. South Korean civil society groups conveyed their support and solidarity to the citizens of Hong Kong and delivered their position to the Chinese Embassy in Seoul. 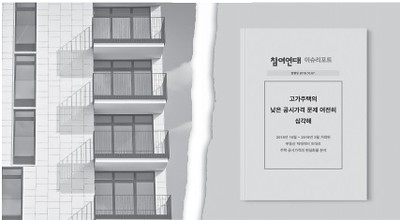 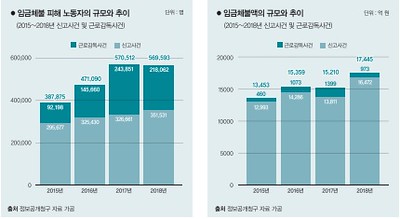 In this report, the Committee for Fair Labor Society proposed ▲ tougher sanctions on overdue wages, ▲ expansion of victim’s rights, ▲ improvements in labor administration related to wage overdue. Also, we will continuously monitor the status of wage arrears and labor supervision of the Ministry of Employment and Labor.