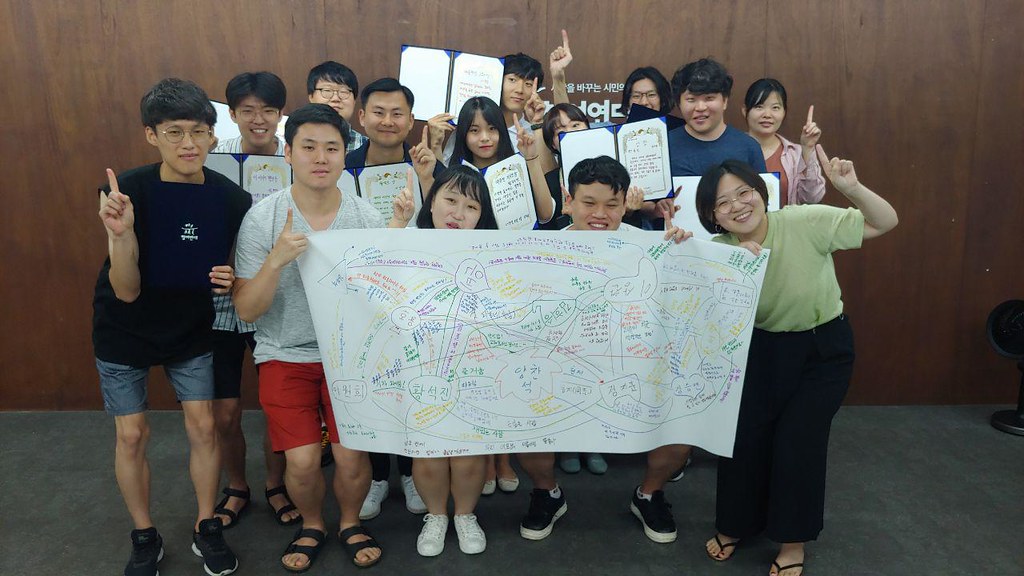 Do you want to listen to the stars who live a little different life?

In 2019, the PSPD Youth Council launched a new program. In <Youth Public Interest Activist School, Advanced Course>, people ask questions to the world after considering the many daily problems they experience. Along with <Youth Public Interest Activist School> which has been held in summer and winter, we have launched a campaign program to learn and practice together.

From May to October, about 20 young people with an eagerness to learn, gathered to plan and execute the A-Z of lectures, workshops, and direct campaigns. What was the topic that gained the widest range of sympathy among presented ones? It’s fake news and platform labor.

The  youth activists put out a civic vote on deciding the worst fake news amongst seven which included “If abortion is legalized the abortion rate will rise” and “the number of small business owners going out of business due to the increase in minimum wage will increase.” They also met the platform workers to listen to their hardships and voiced the problems inhibited in the reality of not being recognized as laborers.