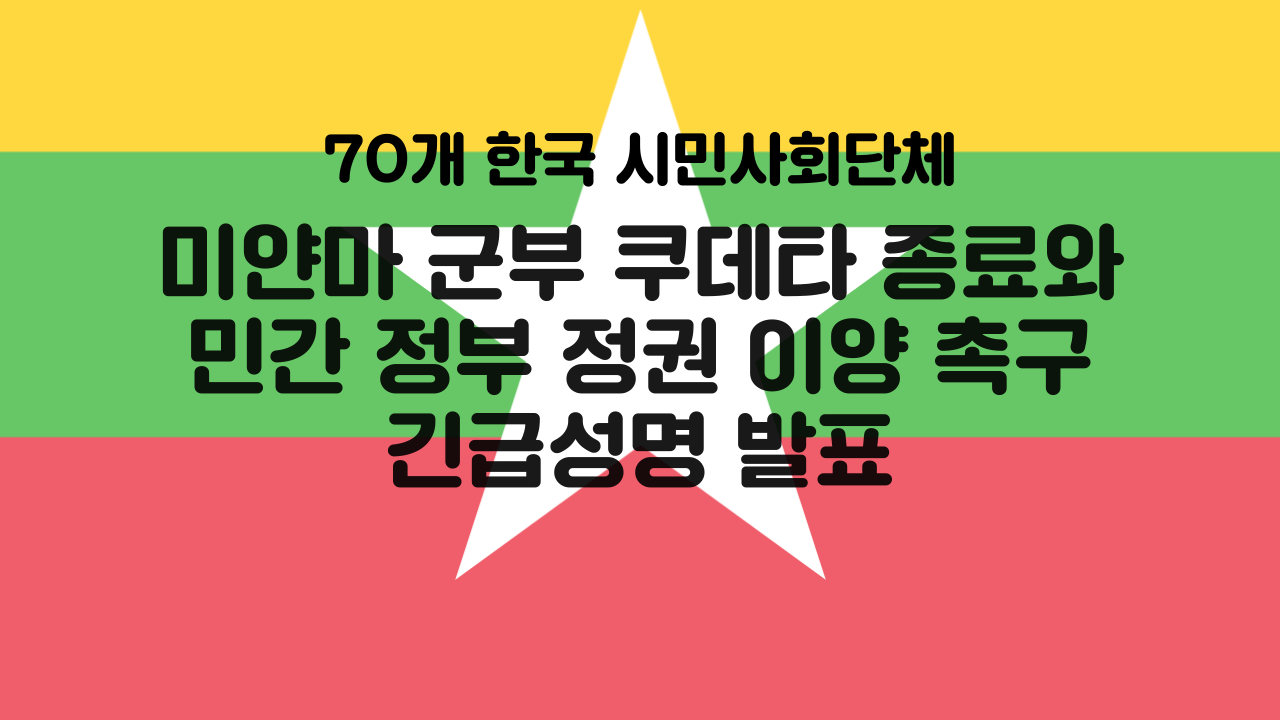 February 1, the Myanmar military seized power in a coup and declared a state of emergency.  The military announced it would take control of the country for a year after detaining Aung San Suu Kyi, senior government leaders, and civil society leaders. TV channels, including the state broadcaster, went off air.  Telephone and internet access was suspended in major cities.  Tanks and armoured vehicles appeared on city streets. This coup has proven how fragile it has been with the military and civilian government co-existing in an unstable political system.

The coup took place amid the tension that the military warned to abolish the Constitution unless the voter lists irregularity was resolved that allegedly occurred in last November’s general election. This is nothing but a pretext. Although the military pledged to implement a roadmap to democracy, it goes against the Myanmar people’s desire for democracy that the military failed to settle issues with legal measures.

The people of Myanmar have chosen to move forward in democracy by supporting the civilian government in last November’s general election. The people’s will is not in line with the military control over the country. The Korean Civil Society strongly supports the Myanmar people’s desire for democracy and therefore demands as follows.

The Myanmar military should end the coup immediately.

The Myanmar military should respect the result of last November’s general election and transfer power to the NLD-led government.

The Government of the Republic of Korea, United Nations, members of the international community should take immediate and effective measures to put the pressure on the Myanmar military that would return the country’s democracy to normal.

Signed by 70 civil society organizations in the Republic of Korea: