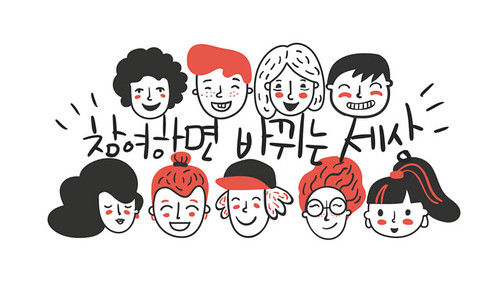 Calling upon a Retail rent exemption policy during COVID-19 Crisis

Small businesses and their employees are undergoing COVID-19 as much as the medical personnel and the patients due to the ban on private gatherings and business restriction policies. Retail rent which takes up a significant part of the fixed costs of those traders, particularly needs some special measures. Especially for the employees of small businesses and service sectors who have assiduously cooperated with governmental measures, looking forward to the end of year special, this third big wave is a critical blow. For small traders who have been struggling through the times by loans and cost cuts, the second and third rounds of emergency relief grants are far from enough, not even amounting to a month’s rent.

We have urged for reform on the Commercial Building Lease Protection Act last September with several small traders organizations to put a temporary stop to contract cancellations when the rents go unpaid. The bill saw a revision, but there was no discussion on the legal basis on rent reduction that we initially also called for. We asked for emergency financial orders to temporarily reduce rents for small traders and retail tenants. They are abiding by the government decisions to restrict openings: as part of strengthened preventive measures to counter the third big wave, while they are suffering from huge rent burdens and the sales drop.

As the damage conditions are getting more severe, the so-called ‘stopping rent bill’ is suggested by some of the members of the ruling party, the issue being called on to the political forum. While in some media the bill is provocatively portrayed as being “communist”, several states such as Canada are already undertaking policies to exempt rents and share the rent burden between the government and the lessors. The societal efforts to respond to the hardships of COVID19 should be taken together by the government and the financial sector, the lessor and the lessees.

Urge for an alternative measure for medical, income, and care gaps resulting from COVID-19 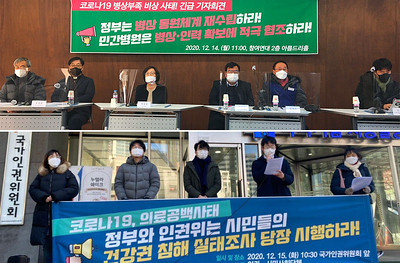 On December 2nd, the National Assembly passed the budget bill that designated none for building public hospitals in a bipartisan manner, even amidst the third wave of COVID-19. For reference, the total budget of ROK in 2021 amounts to 558 trillion won. We are facing the shabby reality of our social safety net and public healthcare, previously draped with the achievement of the K-disinfection model, as the number of confirmed cases is hovering over a thousand per day. There is a lack of sickbeds all over the nation including in the Seoul metropolitan area while more patients are receiving stay-at-home orders. As public hospitals that only take up around 5% of all medical centers undertake COVID19 operations, medical vacuums came to be another problem

We and medical activist group for health rights held an emergency press conference to urge for a system that can mobilize sickbeds and call for the societal responsibility of big hospitals for their cooperation. The medical system was stabilized and the mortality rates dropped during the first wave in Daegu and North Gyeongsang Province because the hospitals of Kyungpook University, Yeungnam University, and Keimyung University each offered to take in 75, 100, and 100 COVID19 patients.

The vacuum goes on to affect the vulnerable social group who utilizes the public hospitals. As the last public hospital in Seoul, in which the homeless could be treated, was specifically designated to deal with COVID-19, the homeless who were hospitalized have been discharged. The same happened in VHS Medical Center which treated general patients. We asked the government for an alternative to this kind of vacuum in healthcare, and for the National Human Rights Commission to conduct a fact-finding mission of the issue.

Moreover, as the numbers of the confirmed are increasing together with the levels of social distancing measures, the responsibility of care is thrust onto the family. In other words, there are vacuums in care in the facilities for the elderly or the disabled, the blind spots of mass infection. Small scale business owners and short-term employees are at the brink, also experiencing gaps in their income. We pointed out that disinfection measures without strengthening the social safety net have been consumed, and asked for a long term plan for establishing one. 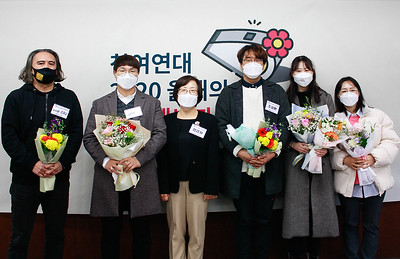 Since 2010, we have established the ‘Award for Righteousness’ and presented it every December to honor the courage and dedication of public service whistleblowers who reported public infringement such as abuse of government power, wasting the budget, and violation of private institutions’ laws to related agencies and the press, by which contributing to the public good. Commemorating the tenth anniversary of the award, we renamed it ‘This Year’s Informants for the Public Good – Conscientious Whistle-Blowers’ and hosted the eleventh ceremony last December 4th.

This Year’s recipients are

▲ Kim Dae-wol, Won Jong-seon, Lee U-gyeong, Jeon Sun-nam, Jo Seong-hyeon, Heo Jeong-a and Yajima Tsukasa, who disclosed the infringement of human rights of the surviving victims and embezzlement of public donations and subsidies in the House of Sharing

▲Choi Jeong-gyu, who reported a pressed investigation of the police investigators on the suspect of the 2018 oil reservoir fire incident in Goyang.

We would like to thank all the recipients of this year who made our society more transparent by unabiding courage to reveal the truth.

More celebrities are participating in the Korea Peace Appeal Campaign 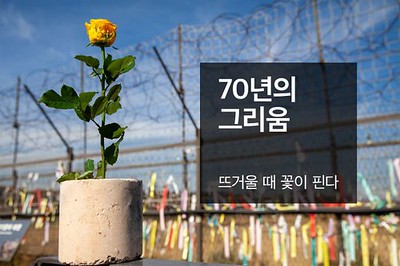 ‘Longing of 70 Years, the flower blooms in heat’ is a joint project of the Korea Peace Appeal campaign and installation artist Lee Hyo-yol. Korea Peace Appeal is an international campaign that seeks to amplify voices calling for an end to the Korean War and a transition from armistice to peace beyond the Korean Peninsula and throughout the world. The campaign aims to end the Korean War and achieve peace on the Korean Peninsula by collecting 100 million signatures of the Korea Peace Appeal from 2020, the 70th anniversary of the outbreak of the Korean War, to 2023, the 70th anniversary of the armistice agreement. Around 360 civic society groups including seven religious orders and fifty international partner organizations came together with PSPD working as the executive office for the campaign. Please refer to the link below to see the photos of the project and join us to sign the campaign. ▶ endthekoreanwar.net/posts/45