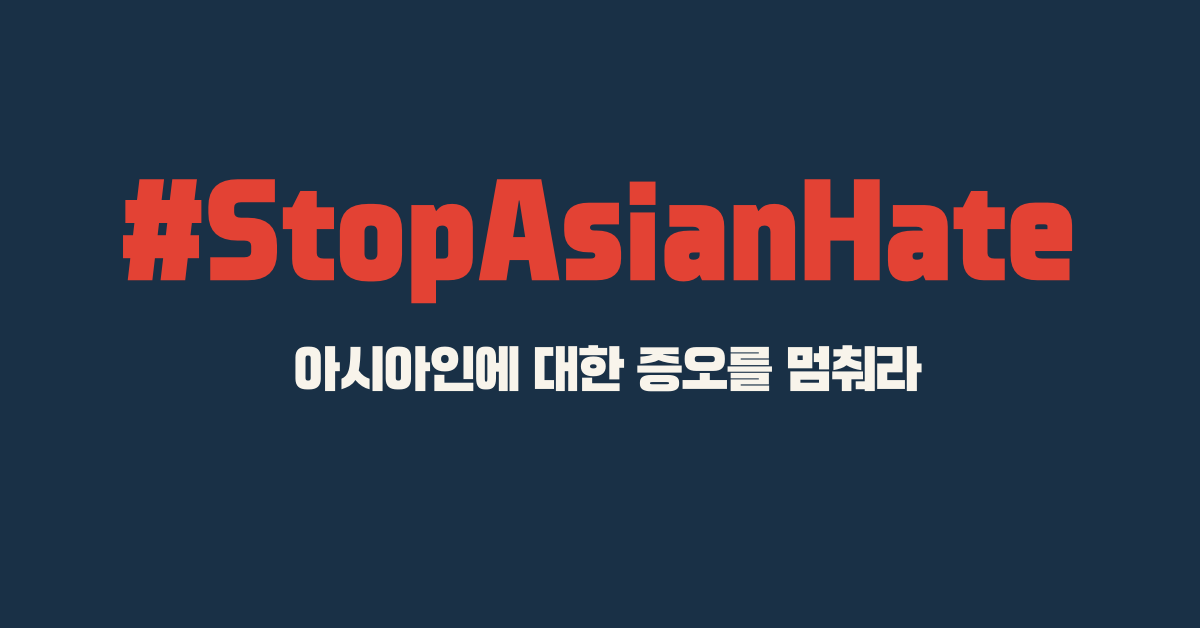 Eight people were killed in a shooting incident in Atlanta, USA on March 16, of which six were Asian workers. This is an obvious hate crime in that the offender, who is a white male, aimed at shops where female Asians are working from the outset. Since Anti-Asian sentiment has been rapidly spreading in the US after the spread of COVID-19 and the US government has not actively resolved this issue despite the rapid increase in hate crimes, this is a social disaster, not an accident.

According to Stop AAPI Hate (American Civil Organization), hate crimes against Asians living in the USA have surged over the past year after COVID-19 spread, resulting in a total of 3,795 cases in 46 states, with an average of 11 cases per day. In particular, as the former President Donald Trump’s discriminatory remarks against Asians in relation to the spread of COVID-19, and the addition of racist agitation remarks by Republican officials, hatred toward Asians rapidly spread. According to the same report, 68% of those who experienced hate crimes were women, 2.3 times more than men. This shows the vulnerability of Asians in the United States, especially women, to discrimination and crime.

Hate crime laws have been enacted in many states in the United States, as well as in the state of Georgia where the crime took place. However, because a hate crime law deals with criminal motives, it is rarely applied. In particular, there is a tendency that hate crimes are not applied to crimes against Asians because it is hard to find “Anti-Asian symbols”. Despite the increasing discrimination and crimes against Asians after COVID-19 and the increase of the fear and pain that Asians are suffering after this gun murder case, the law as a countermeasure is not working.

In addition, even if Asians suffer hate crimes due to the discriminatory and violent words and actions of the USA police against people of color, there are many cases where reports are avoided. Even if Asians are exposed to hate crimes, they know how harshly the police treat people of color, so they can’t report being worried of the problem is getting bigger or getting hurt. However, this tendency opens up the possibility that the perpetrators are not punished and inflict more serious violence. If USA governments and the police do not have awareness and reflection on this that means no willingness to resolve hate crimes.

For this reality, first of all, Asian civil societies express deep sorrow and anger at the horror and pain that Asians in the USA are experiencing, and in particular expresses deep condolences to the families of the victims of this Atlanta shooting. Second, Asian civil societies urge USA governments and judiciaries to protect Asian lives and human rights, and for this purpose, we demand that the Atlanta case and similar crimes be prosecuted and punished as hate crimes. Third, Asian civil societies demand concrete and practical practices to prevent this from happening again.

Asian civil societies will continue to watch USA governments and American society, and demand that the USA, which claims to be a human rights state, overcome racism and becomes a society with real human rights and freedoms that protects the lives and human rights of all people.

21. Citizens Opening the World for Welfare

65. JPIC Commission of Korea Province, the Society of Jesus

78. National Council of YMCAs of Korea

93. Solidarity for Another World