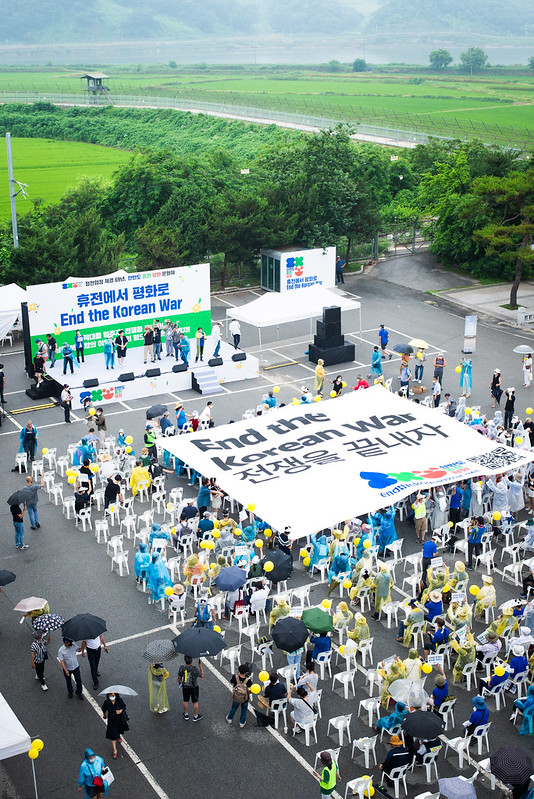 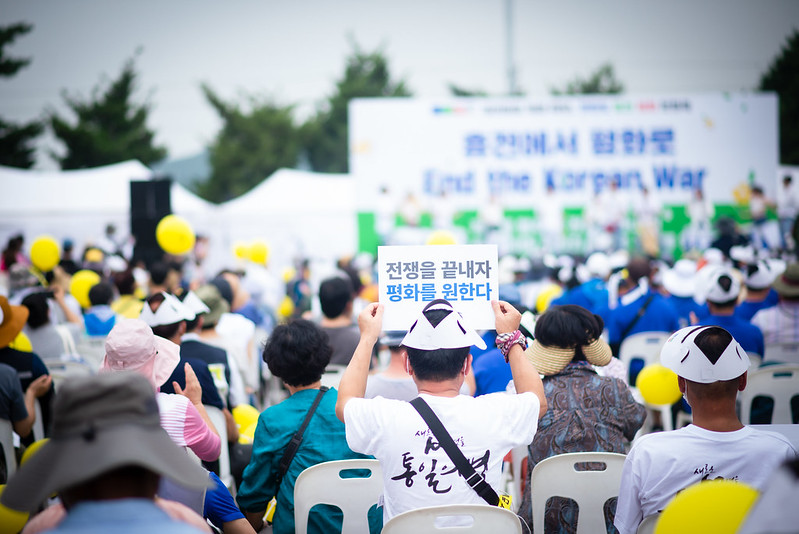 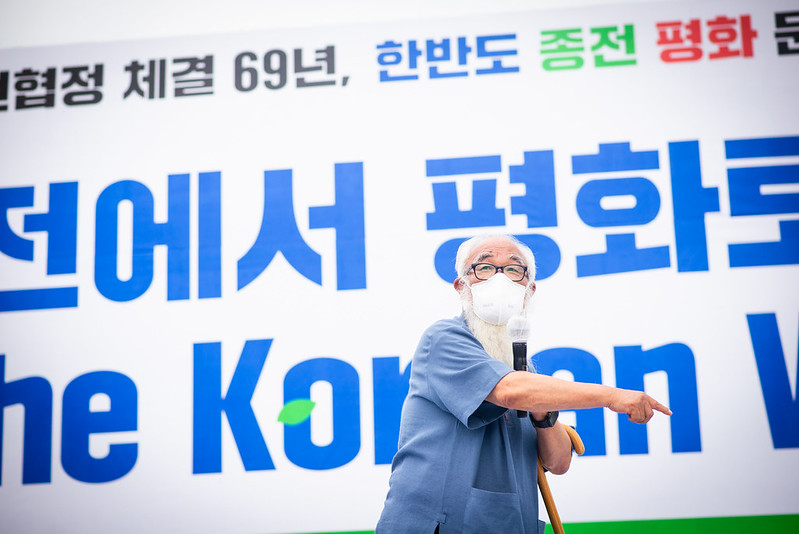 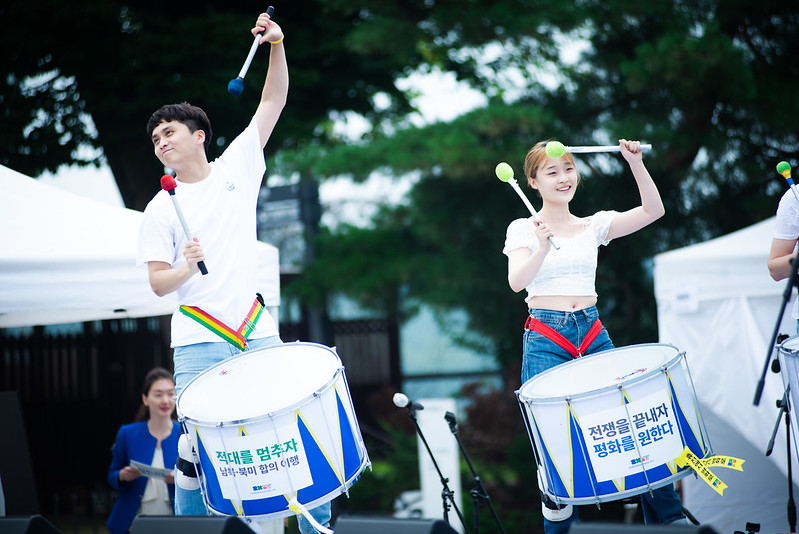 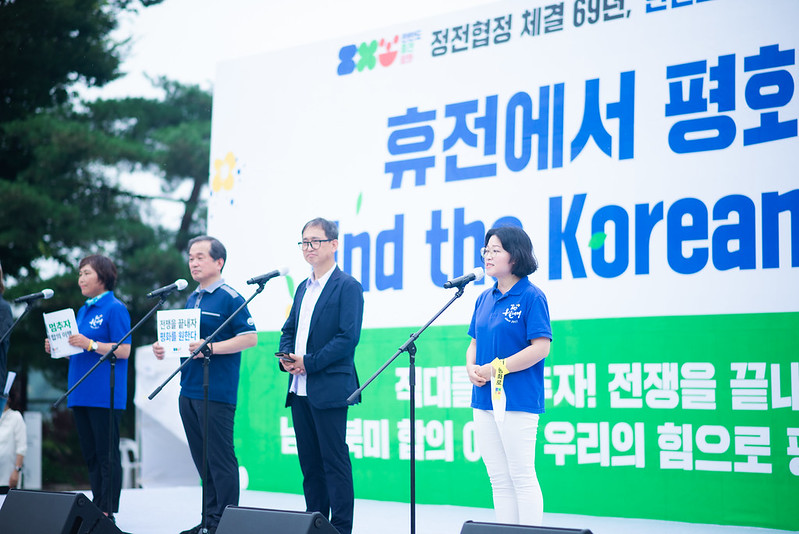 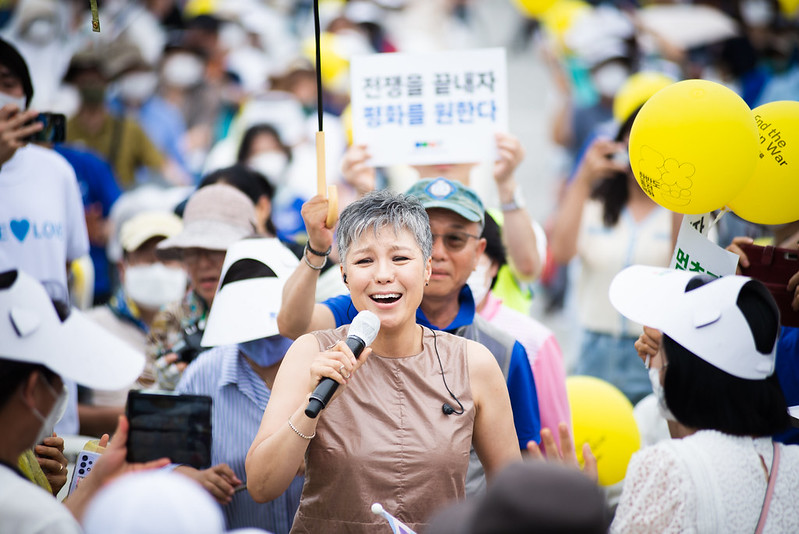 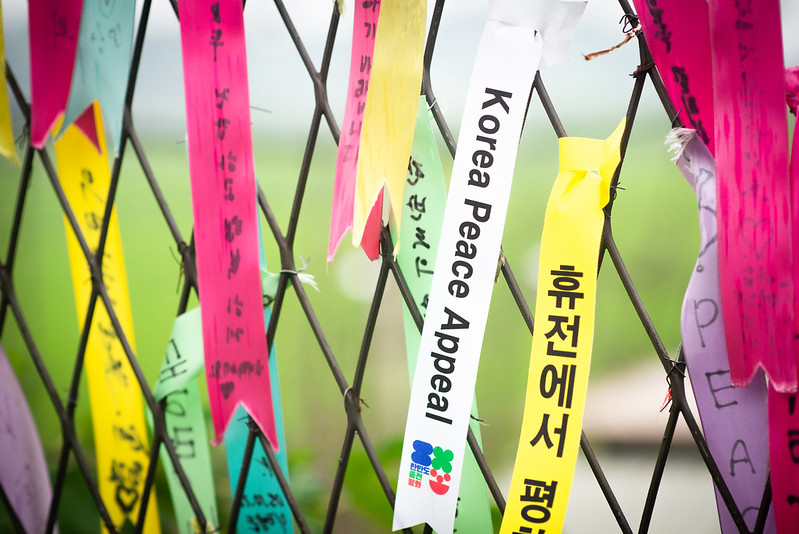 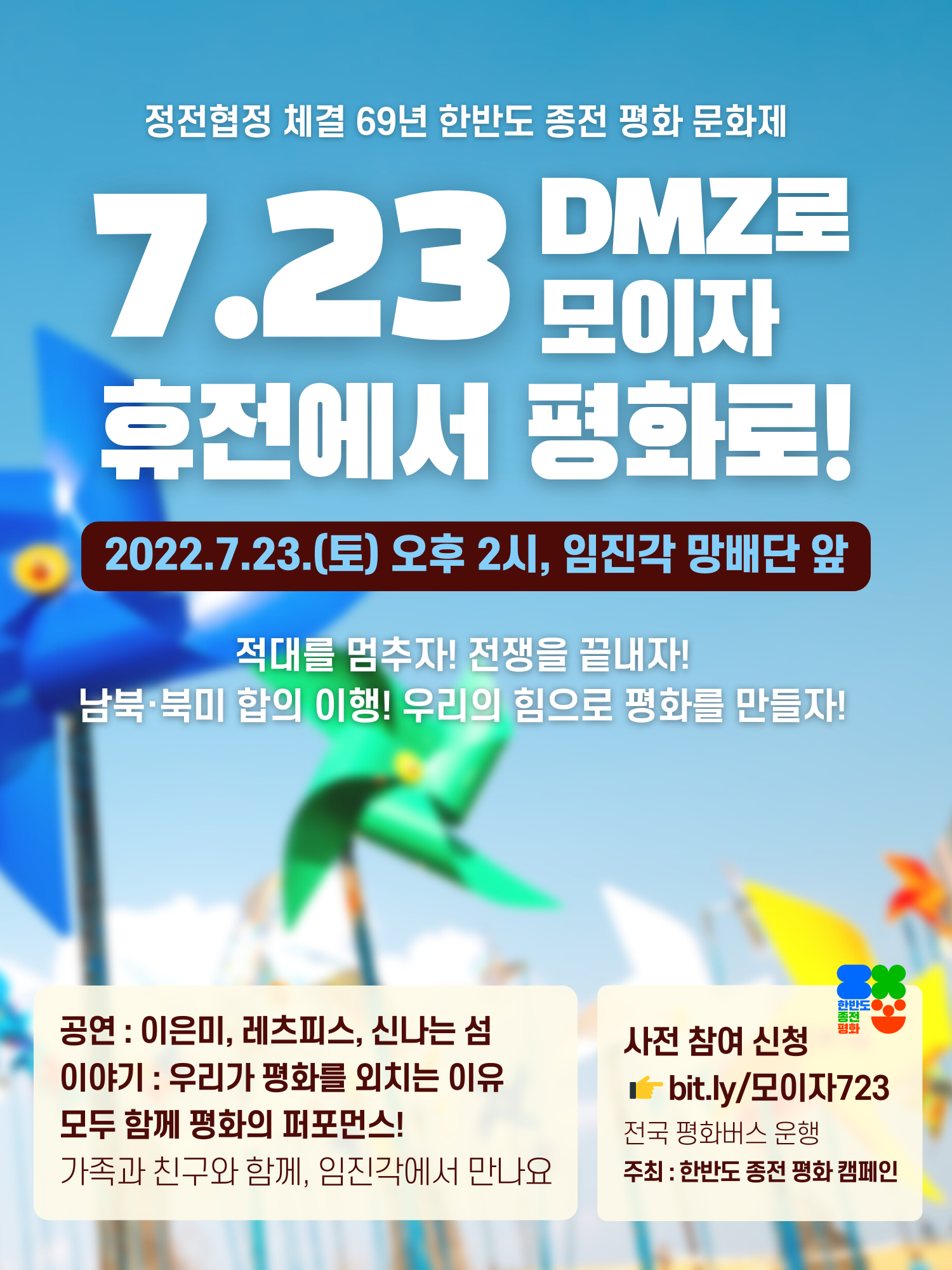 From Armistice to Peace!

Peace on the Korean Peninsula is at stake.

Again, the Korean Peninsula is heading for confrontation and crisis.

Without action, peace will not come.

On 23 July, let’s meet at Imjingak with family and friends.

Let’s shout together in front of the barbed wire of division and confrontation.

Implement the inter-Korean and DPRK-US agreements!

Let’s make peace with our strength!

Again, the Korean Peninsula is heading for confrontation and crisis.

Without action, peace will not come.

The current situation around the Korean Peninsula is hard to forecast. While the inter-Korean and DPRK-US agreements haven’t been appropriately implemented and dialogues and negotiations have halted, relations are worsening and military tension is rising daily.

When the leaders of two Koreas proclaimed “A new era of peace has begun on the Korean Peninsula.” to 80 million countrymen and the world, it aroused great hope for ending the war, peace, and denuclearization of the peninsula. Now, that hope is turning into despair and resignation. Though the leaders of the DPRK and US promised to “commit to establish new US–DPRK relations in accordance with the desire of the peoples of the two countries for peace and prosperity,” distrust and hostility have deepened since the Hanoi summit failed without any agreement. Neither South nor North Korea nor the US officially declared that the agreements were broken. Rather than demonstrating commitments to implementing them, however, they only focus on preparing military plans.

The present South Korean government claims that persuasion through dialogue has failed. However, it can’t be said that the last government tried a completely peaceful solution by continuing the sanctions, introducing high-tech weapons, and increasing military spending while negotiating the end of the war and denuclearization. South Korea, which spends on arms 1.5 times as much as North Korea’s GDP, and the US, the world’s most formidable military power, have to be evaluated what efforts they have made to improve relations with North Korea and ensure mutual security.

If we leave this deteriorating situation to accelerate, distrust and hostility will gain even more power than in the past, and military tension and fear of war will rule over all lives in and around the Korean Peninsula. The Korean Peninsula might lead up to the world’s high-tech arms race including nuclear weapons, missiles, and space weapons.

Many people predict that a new era of the cold war can begin, and in that case, the location of the most acute military conflict would be East Asia including the Korean Peninsula. There is no guarantee that even an unstable ceasefire will remain the same. Also, the economic growth and democracy that we have striven for will face great challenges.

We can’t just worry and bemoan. Unless we shout for peace, it will never come. Let’s not allow this situation to drift. It is we who make up peace. Now is the time to speak and act louder that peace is the way and the answer.

Launching ‘Korea Peace Appeal: Peace Campaign to End the Korean War’ in 2020, civil society groups and religious people have called and appealed to the world to end the war on the Korean Peninsula before 2023, the 70th anniversary of the signing of the armistice. That’s because only after ending the war and establishing a peace system can both nuclear weapons and nuclear threats be discarded from the peninsula. Unfortunately, with just about a year to go before the 70th anniversary, we don’t even know if it is possible to stop this deteriorating situation, let alone improve it. Nevertheless, that doesn’t mean that we can let all the historic attempts to end the war and nearly 70 years of hostility fall through like this.

Ahead of the signing day of the armistice, ‘Korea Peace Appeal: Peace Campaign to End the Korean War’ appeals to people to act for peace. Show your desperate will for a peaceful Korean Peninsula. Raise your voice and it will create hope for peace and coexistence on the peninsula that is facing a crisis again. Please reinvigorate this effort for ending the unfinished Korean War for the past 70 years and creating a peaceful future by the power of people.

Starting from ‘the Imjingak Peace Action’ until next year marking the 70th anniversary of the armistice, we are going to devote all our energy to the Korean and global citizen actions to end the war on the Korean Peninsula and make the world more peaceful.

Let’s shout together in front of the barbed wire of division and confrontation.

Implement the inter-Korean and DPRK-US agreements!

Let’s make peace with our strength!