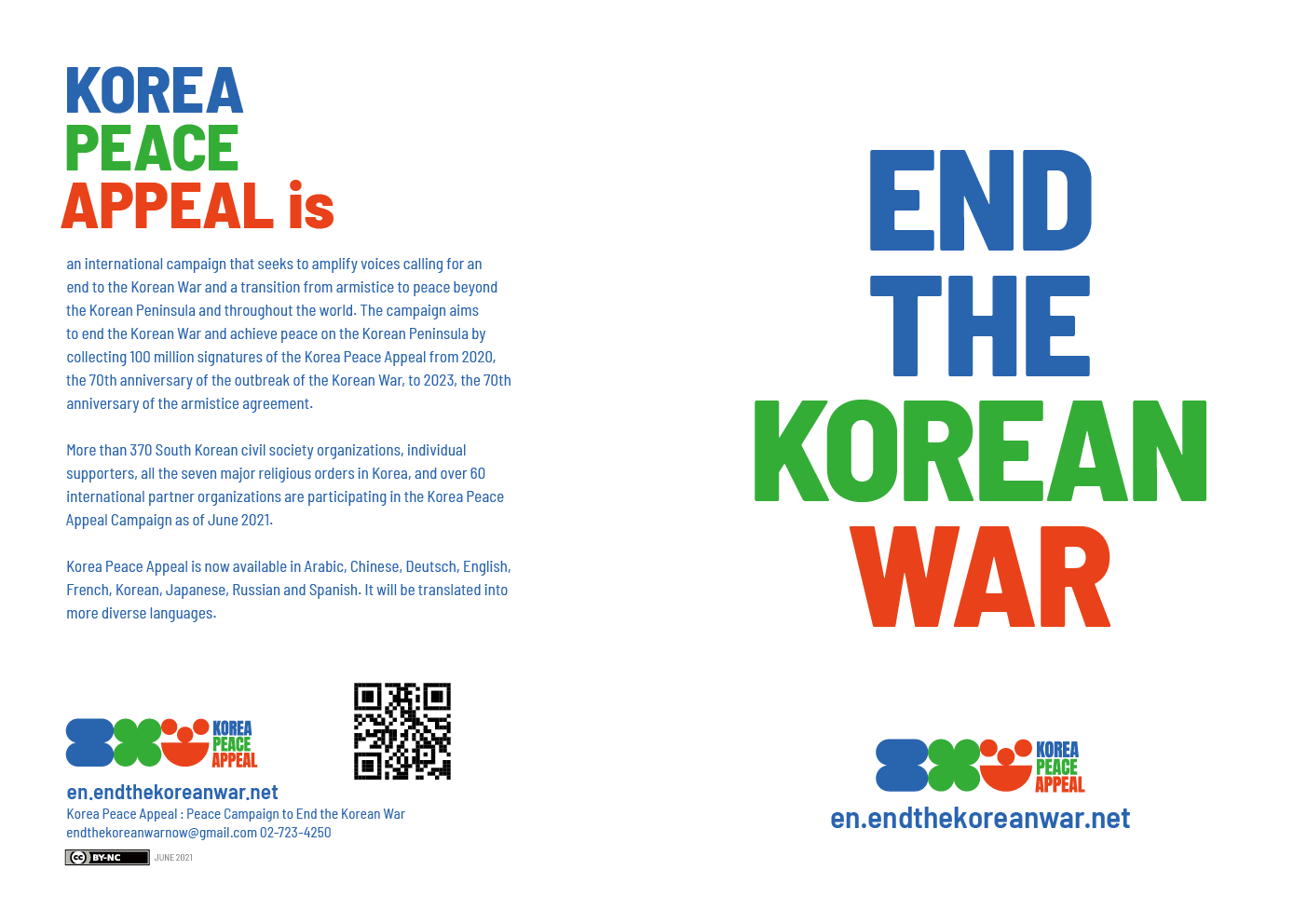 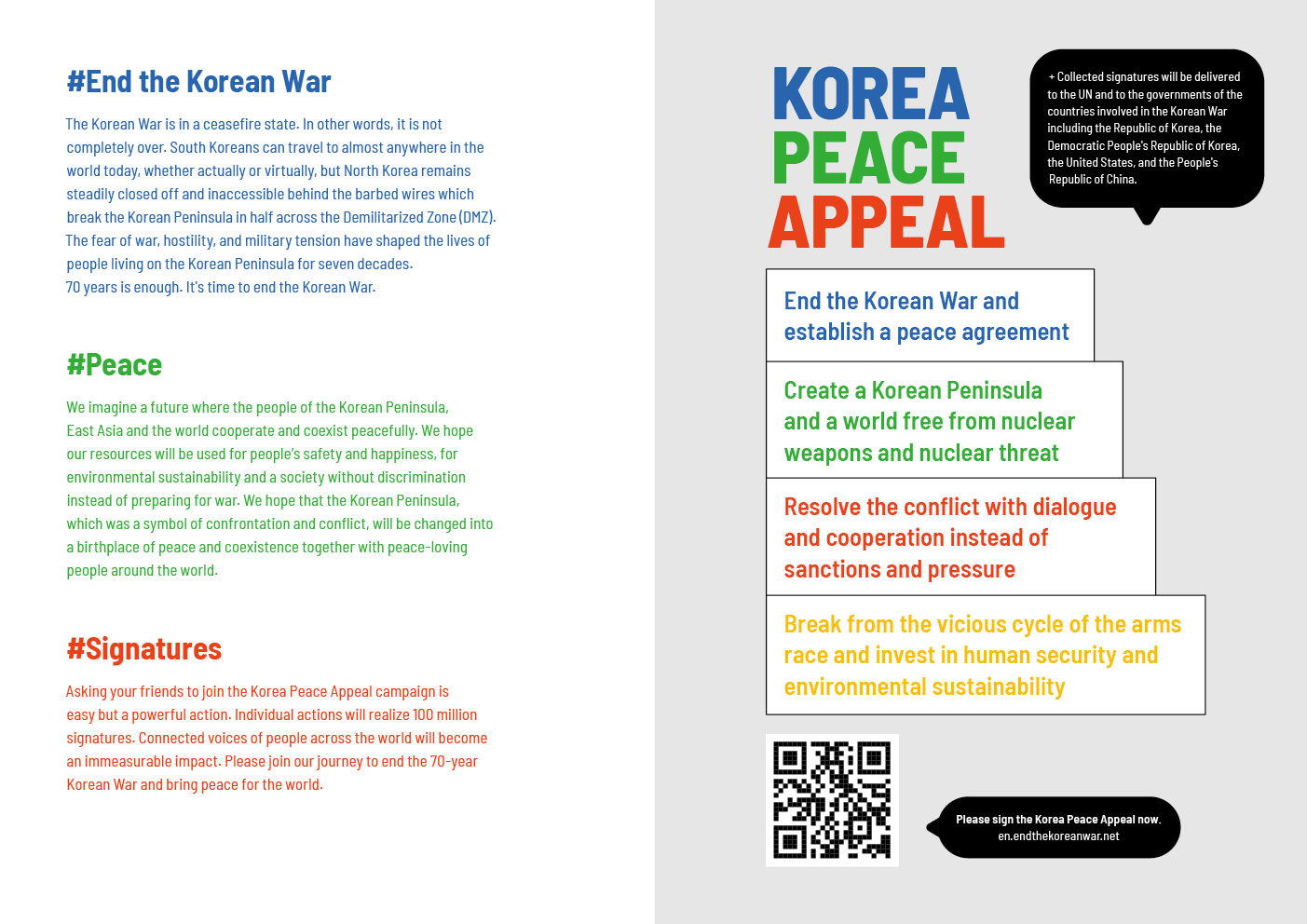 The Korean War is in a ceasefire state. In other words, it is not completely over. South Koreans can travel to almost anywhere in the world today, whether actually or virtually, but North Korea remains steadily closed off and inaccessible behind the barbed wires which break the Korean Peninsula in half across the Demilitarized Zone (DMZ).

The fear of war, hostility, and military tension have shaped the lives of people living on the Korean Peninsula for seven decades. 70 years is enough. It's time to end the Korean War.

We imagine a future where the people of the Korean Peninsula, East Asia and the world cooperate and coexist peacefully. We hope our resources will be used for people’s safety and happiness, for environmental sustainability and a society without discrimination instead of preparing for war. We hope that the Korean Peninsula, which was a symbol of confrontation and conflict, will be changed into a birthplace of peace and coexistence together with peace-loving people around the world.

Asking your friends to join the Korea Peace Appeal campaign is easy but a powerful action. Individual actions will realize 100 million signatures. Connected voices of people across the world will become an immeasurable impact. Please join our journey to end the 70-year Korean War and bring peace for the world.

More than 370 South Korean civil society organizations, individual supporters, all the seven major religious orders in Korea, and over 60 international partner organizations are participating in the Korea Peace Appeal Campaign as of June 2021.