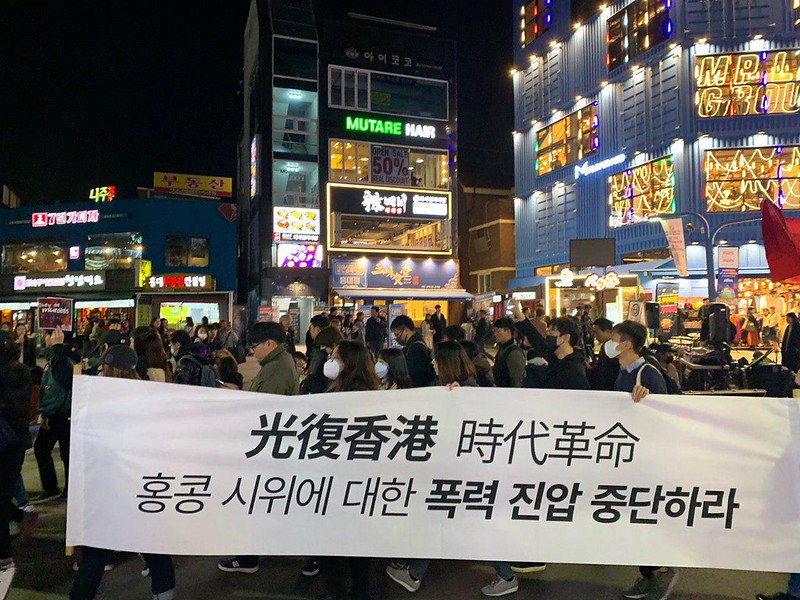 (Bangkok, 26 January 2021) ‒ We, 23 organisations in Asia stand in solidarity with the human rights defenders and the pro-democracy activists in Hong Kong as they continue to face escalating repression from China and the Hong Kong authorities.

Over the past few years, we have witnessed the sustained and escalating attacks against democracy and the democratic movement, with a clear intention to stifle dissent in Hong Kong. This month alone, at least 64 pro-democracy advocates were arrested, including 53 for participating in an unofficial vote to choose representatives for the coming legislative elections in September, and 11 for allegedly assisting pro-democracy advocates to escape to Taiwan.

These acts violate international human rights standards and reinforce a culture of fear and impunity in Hong Kong.

The National Security Law passed last June has been used as a mere pretext to crack down on Hong Kong’s democracy movement. We call for its absolute repeal and for the immediate and unconditional release of all detained under this law.

Last year, Hong Kong Chief Executive Carrie Lam postponed the 2020 Legislative Elections to September 2021, citing the spread of COVID-19. Since then, Lam’s government has ordered the widespread arrests of opposition lawmakers prior to the re-establishment of the electoral process. Reported plans from China to alter the electoral systems and curtail the democrats’ influence, raises further fears of repression.

Free and fair elections are crucial to any functioning democracy, and the right to participate in the process regardless of political affiliation, is fundamental.

We condemn directives by the authorities to freeze the bank accounts of pro-democracy leaders. We also remind businesses of their responsibility, under the United Nations Guiding Principles on Business and Human Rights, to respect human rights and not be complicit in State acts that compromise these principles.

China’s authoritarian influence, should it continue to remain unquestioned and undeterred by the wider international community, will only encourage governments in Asia to impose increasingly authoritarian measures under the pretext of national security.

As civil society, we have seen how the national security narrative has been used to tag the legitimate work of human rights defenders as security threats, endangering their safety and instilling an environment of abuse.

We abide by a rights-based narrative of national security, which protects all of us from threats including those coming from States.

We call on the Governments of China and Hong Kong to cease their unrelenting attacks against the pro-democracy movement, and to protect, respect, and fulfill the fundamental rights of their peoples.

We call on the international community, inter-governmental agencies, and the United Nations to collectively push back against China’s authoritarianism in Hong Kong and in the region. They should uphold the human rights standards that they have committed to and assert the values of democracy and human rights above all other interests.

Hong Kong’s pro-democracy movement continues to inspire the struggles of other local and national movements in Asia. At this crucial moment, we continue to support their fight to hold their government accountable for human rights violations, and we call on the international community to join us and provide solidarity to human rights defenders and pro-democracy leaders inside and outside Hong Kong.

The statement is signed by:

Association of Women for Awareness and Motivation (AWAM)

Centre for the Sustainable Use of Natural and Social Resources (CSNR)