10,000 individuals signed the petition demanding suspension of the payment to the Military

It soon approaches the 100th day since civil resistance against Myanmar's coup began. The situation is becoming increasingly serious. At least 765 people were killed, and 3,555 were detained. More than 60 air strikes took place in the border area where ethnic minorities inhabit, and 50,000 were internally displaced. The military has committed crimes against its citizens, which proved itself to be a terrorist organization.

The international community has urged companies to take appropriate measures in accordance with international human rights standards to stop cash flow into the military. The UN Special Rapporteur on the situation of human rights in Myanmar recognized that the gas business is a main source of funding. According to the EITI reports, the gas business generates annually 4 billion USD, contributing 10% of the total of the government budget in Myanmar. The Myanmar government has collected more than 200 million USD annually from POSCO's Shwe gas project since 2015. Since the coup, the fund remained under control of the military which illegally took the country and has massacred its own citizens.

It is hard to agree with the POSCO’s position that the military cannot access the revenue generated by the Shwe gas project given the circumstance where the military seized power in a coup and took control of all government ministries, including state-owned banks. In addition, it has been already revealed in the Yadana gas project that the revenue flew into the military possibly through money laundering and embezzlement. It is also noteworthy that the state-owned bank mentioned by POSCO became blacklisted and sanctioned by the U.S. government in the past for money laundering. The gas business has been a key source of funding for the military during both the military dictatorship in the past and the civilian-led government, and it still remains the same after the military coup last February. POSCO should take appropriate measures to meet social expectations as a company that won the grand prize for the ESG sector for the past two consecutive years.

We 10,485 individuals who signed the petition calling POSCO for cutting ties with Myanmar's military are demanding the following.

Comments from the signatories

Korean Civil Society in Support of Democracy in Myanmar (104 CSOs) 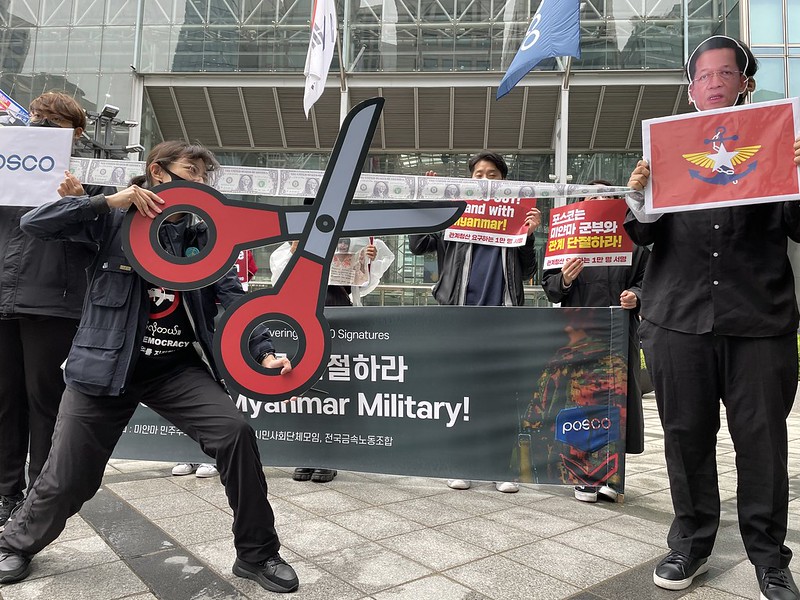 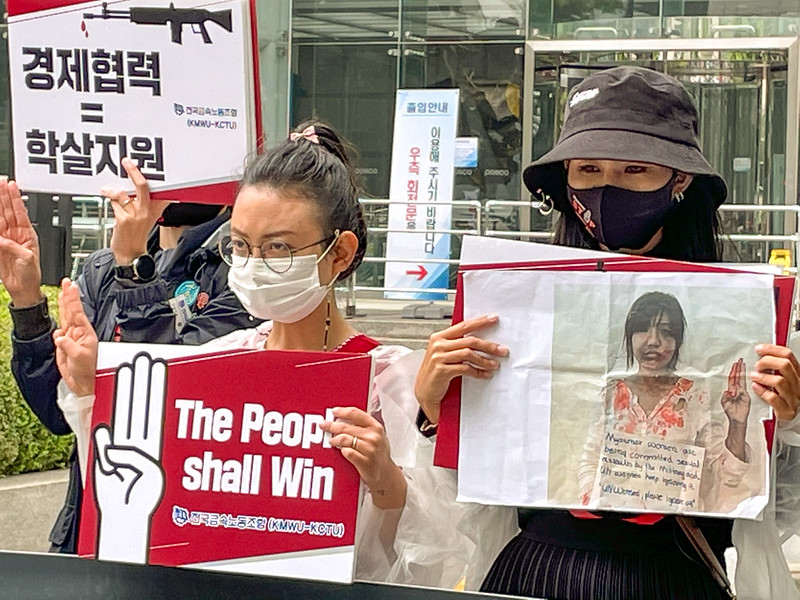 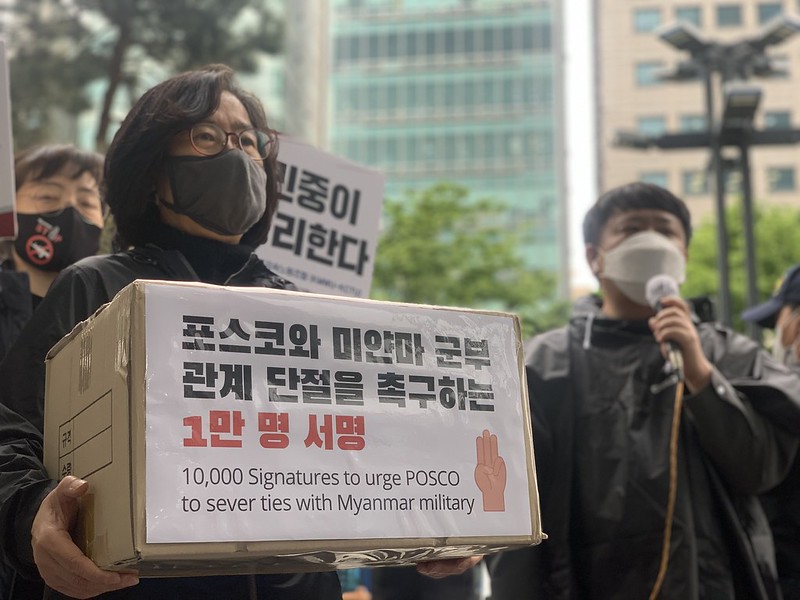 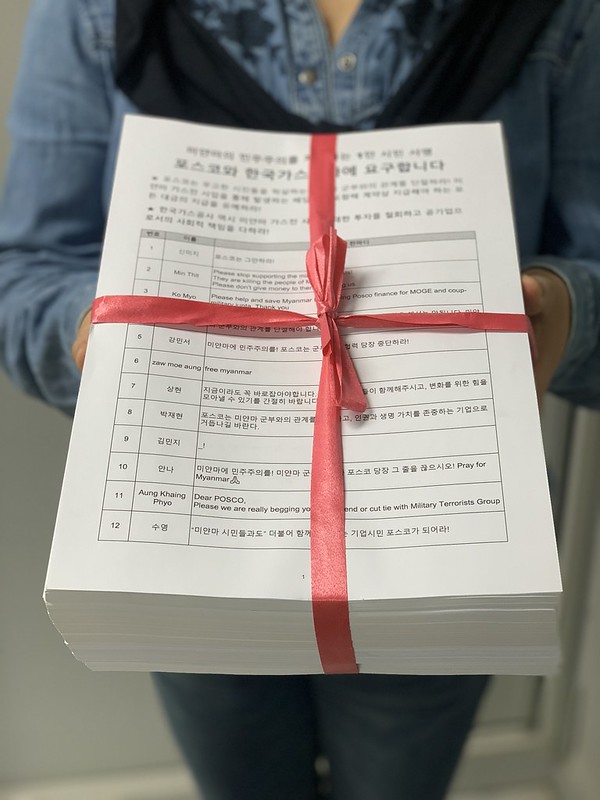 10,000 Signatures to urge POSCO to sever ties with the Myanmar military (Photo=PSPD)