We strongly condemn the ongoing extra-judicial killings in the Philippines!

Since 2001, the year Arroyo Government took power in Philippine, the killings and missing of citizens, political and human rights activists have continually increased. The number of victims is now over 750. About 75 Filipino were murdered and 25 missing people were reported for a year of 2006 solely. The victims were gunned down by an unidentified on motorbike, wearing all in black, military boots and a mask. Instead of investigating and disclosing the murder thoroughly, however, Philippine Government has not taken any immediate action against such crime, nor shown interest to punish the murderer properly.

Most of the victims are citizens such as peasants, labors, journalists, lawyers, priest and human rights activists. Arroyo Government has repeatedly said the government is not responsible for those killings. As matters stand, however, it is highly possible Philippine government is actively involved in the murder, considering facts that the victims had been threatened by the military and police before they were murdered as well as the killings started along with "War against Terror" initiating by US government and actively supported by Arroyo.

Korean human rights organizations and Philippine immigrants had a press conference in front of Philippine Embassy on September 21st, at 11 A.M. protesting against continual killings of activists. On that morning, another activist was murdered again in Philippine. After the press conference protestors had a meeting with the Philippine ambassador urging stop human rights oppression and investigate the killings thoroughly, also bring the responsible to justice. This protest act was held in 15 different countries in union

Besides, several events are scheduled in Insa-Dong from September 25 to 29, 15:00-17:00 such as a photo exhibition, sending postcards that protest the government and a fund raising campaign on the street. 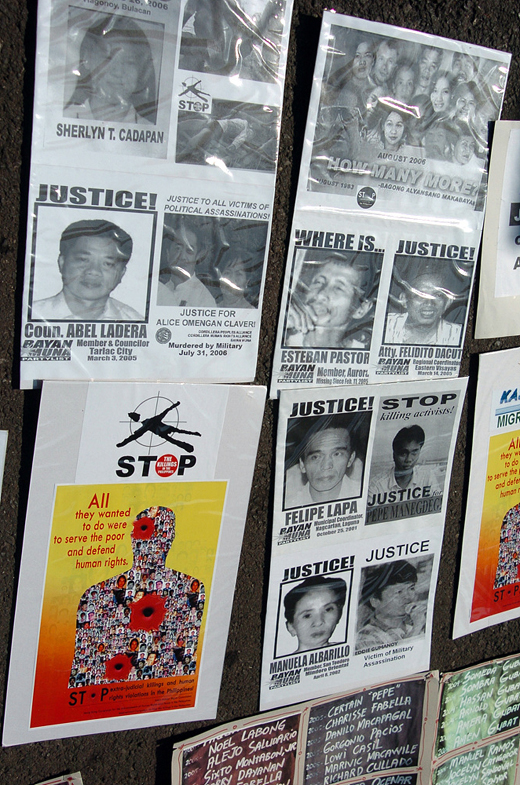 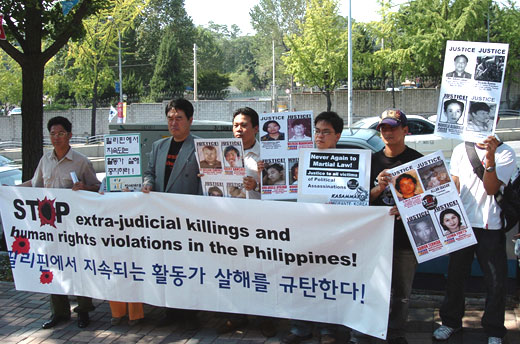