Candlelight Rallies to Protest the Import of Unsafe U.S. Beef 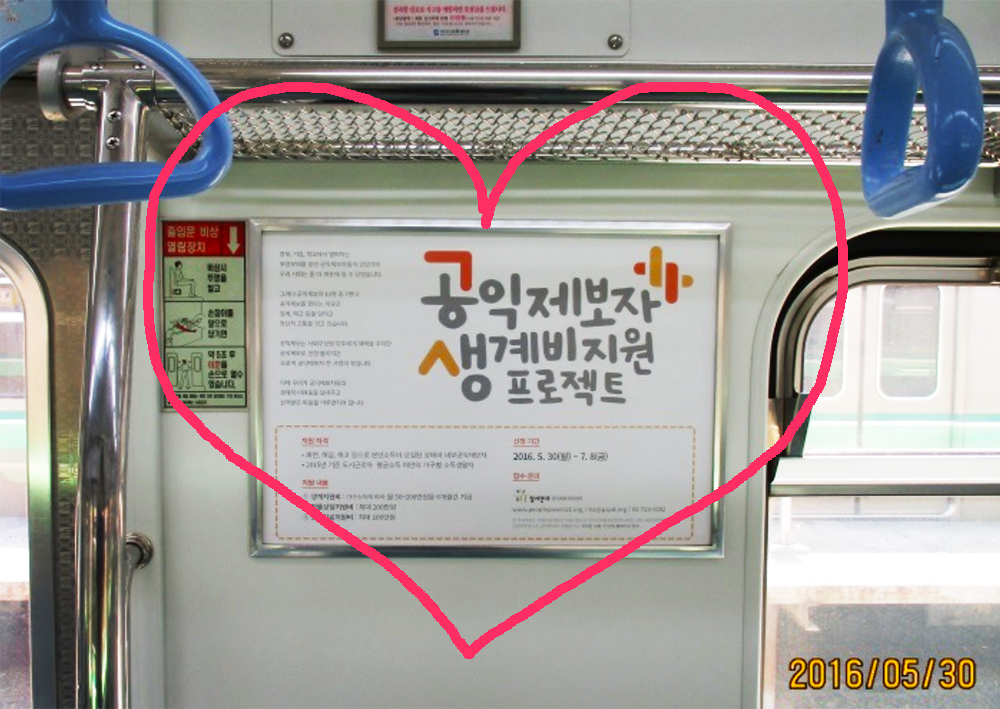 The Korean People Gather Together as One at Candlelight Rallies to Protest the Import of Unsafe U.S. Beef and for the Re-negotiation of the Agreement so that it reflects the Concern for the Health and Safety of Korean Consumers.

Present Status
The Korean people’s opposition to U.S. beef imports began on April 18, 2008 when a deal was signed between S. Korea and the US without any regard for public health.  The deal which was made between the U.S. and Korean governments would allow the import of U.S. beef with a high possibility of Mad Cow infection into the Korean beef market. The people are concerned about the detrimental effects this agreement could have on the welfare and health of Koreans as a whole.  Since the agreement to resume U.S. beef imports was officially announced, citizens not only have joined their voices in unison against this agreement, but they have also gathered together in the form of candlelight rallies to strongly protest the import of U.S. beef. Since then over one million internet users have joined to begin a signature gathering movement against the US beef deal and are demanding that President Lee take responsibility for his actions.

The candlelight rallies began May 2nd with approximately 20,000 citizens who came together to protest the incumbent administration’s agreement to import U.S. beef and has continued steadily since.  After the Ministry for Food, Agriculture, Forestry, and Fisheries announced the government’s decision to resume U.S. beef imports, it only fueled the Korean citizens’ protests.

On May 2nd, PSPD along with 12 other civil organizations gathered to discuss the formation of a citizen’s organization against the import of U.S. beef.  On May 6th, various opposition political parties, approximately 1700 civil organizations and numerous groups formed over the internet gathered to form <Citizens Against the Import of U.S. Beef Organization>. This organization has been committed to participating along with the Korean citizens in their efforts to protest the U.S. beef imports and to urge the Korean government to develop a plan that keeps the health and safety of its citizens in mind.

<Citizens Against the Import of U.S. Beef Organization>, which PSPD is a very active member of, has been working toward creating solidarity among its members and in urging the government to take responsibility for its irresponsible actions.  The organization has led efforts in gathering other civil organizations in candlelight rallies and informing the Korean people about the seriousness of U.S. beef imports and the negative effects it will cause.  It has been a mouthpiece for the Korean people as the people attempt to right the government’s mistakes and will continue to do so until the U.S. beef import issue is resolved.

Background
On April 18, 2008, Korea and U.S. representatives agreed to resume U.S. beef imports, hours before President Lee Myung-bak’s summit meeting with U.S. President, George Bush.  The problematic issue with resuming U.S. beef import is that this agreement does not encompass any restriction policies regarding the age or the parts of the beef to be imported, i.e. bone, vertebrae, marrow, which is directly related to the contraction of BSE (bovine spongiform encephalopathy), more commonly known as mad cow disease.  This hasty move by the Korean government has caused quite a stir within the Korean society.  Because the U.S. beef import issue is directly related to the health and welfare of all involved, many Korean people are voicing their opinions, in unison, and urging the government to reevaluate its unwise decision and to renegotiate with the U.S. regarding the import of American beef.

Citizen’s Movement against the Import of U.S. Beef
Civil Organization’s Actions in Response to Resumption of Import of Unsafe U.S. Beef
Civil organizations have joined together in a coalition to voice opposition for the resumption of U.S. beef imports and to urge the Korean government to renegotiate the beef deal with the U.S. government.  PSPD has taken an active, leading role in this coalition.

Nullify the Agreement! Retract the Official Announcement! Fully Re-negotiate! (May 15, 2008) 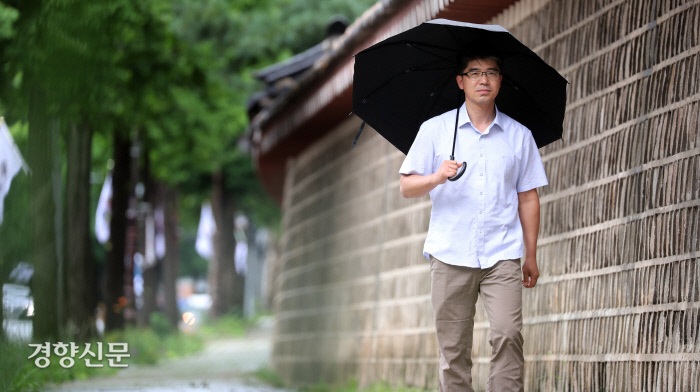 Many gathered together to urge the Blue House and the Korean Government to re-negotiate the U.S. beef import agreement.

Protesting the Police’s Excessive Suppression of the Candlelight Rallies:
an Infringement on the People’s Right to Free Speech and Expression(May 16, 2008)

A Press Conference in Protest of the Government’s Plan for Official Announcement of U.S. Beef Import in spite of the Korean Citizen’s Opposition: The government’s move will jeopardize the lives of its own people. (May 26, 2008) 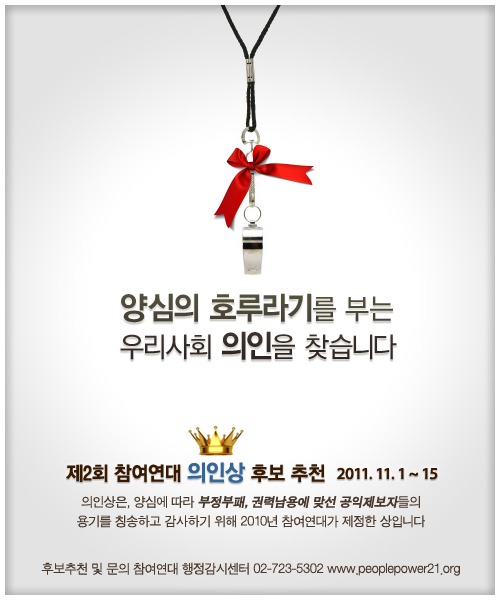 Bureaucrat Monitoring Report(Jun 3, 2008)
PSPD has put together a report on the bureaucrats and their consequent actions which led to the resumption of the U.S. beef import deal on the 18th of April, 2008.  The report attempts to shed light onto the bureaucrats responsible for the agreement reached between the two governments involved.
The report details the persons directly involved in reaching this agreement and urges those involved to step down from office, taking responsibility for their hasty decision which did not accurately reflect the people’s opinions.

On May 31, 2008, during the candlelight rally, the police demonstrated unnecessary force on the peaceful protestors using water cannons, fire extinguishers, shields and police batons.  Approximately 100 unarmed citizens were injured as a result.  There was even an incident of police officers kicking a female college student in the head which only infuriated the Korean people more.

As all Korean citizens are aware, the violence was not prompted by the peaceful protestors but rather the police force.  Chief Uh Chung-soo needs to publicly apologize and ask for forgiveness of the people rather than evade this issue.
PSPD began a signature gathering movement to impeach Chief Uh from his office on June 4th.  The signatures were delivered to the government on June 10th, 2008, and relays effectively the anger of the people regarding police brutality. 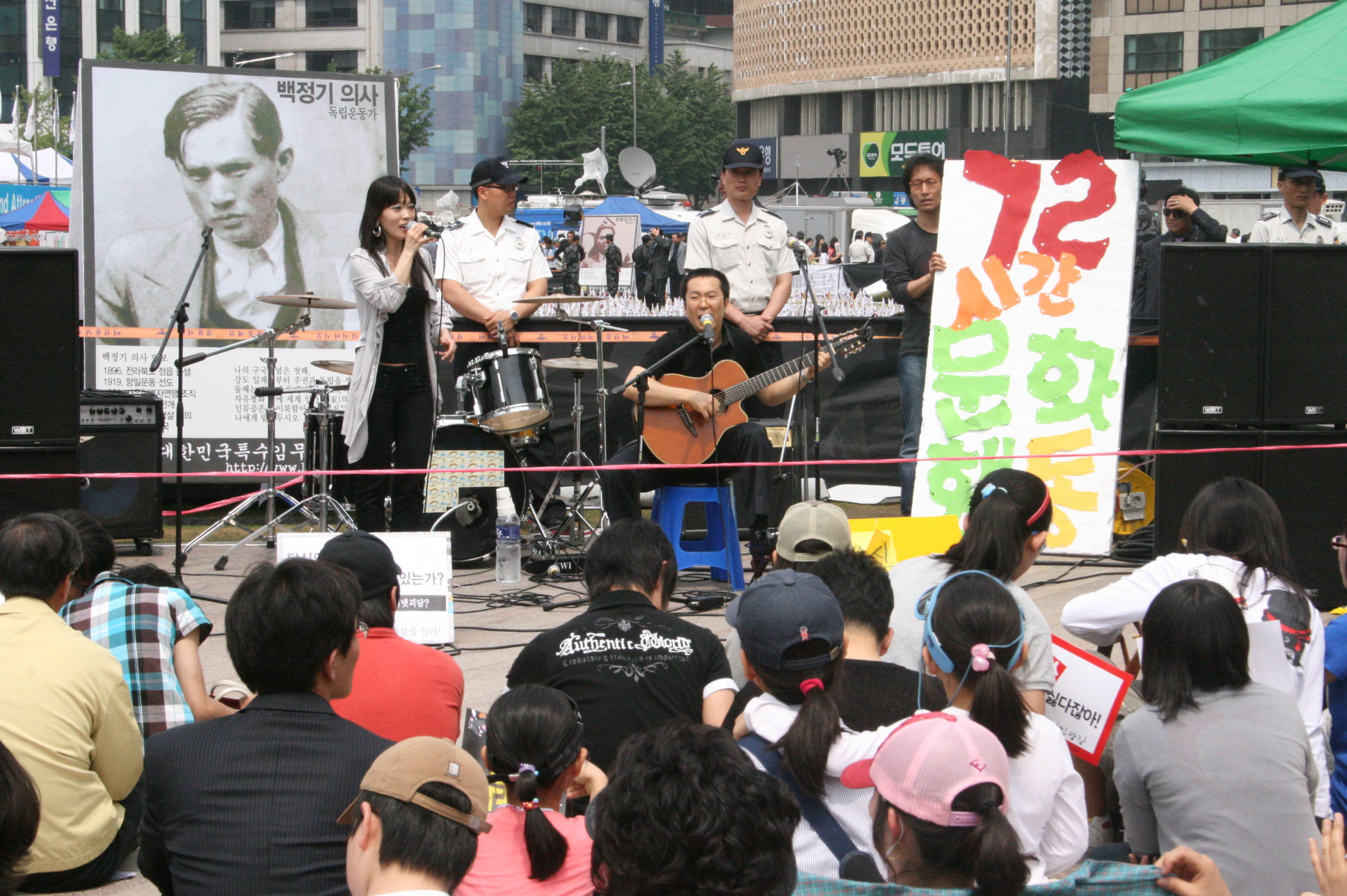 PSPD provided a collection of various events for the participants titled, “I ♥ Democracy.”  Participants and all citizens alike were able to take part in peaceful cultural activities and protest U.S. beef imports in a positive way.

June 10 Candlelight Rally in Commemoration of the 1987 Pro-democracy Movement(Jun 10,2008)
citizens gather in a peaceful protest to ask for renegotiation of the U.S. beef import deal. It turned out over 70,000 people in Seoul alone, and hundreds of thousands came out in solidarity nationwide to protest U.S. beef imports and request a renegotiation between Korea and the U.S. 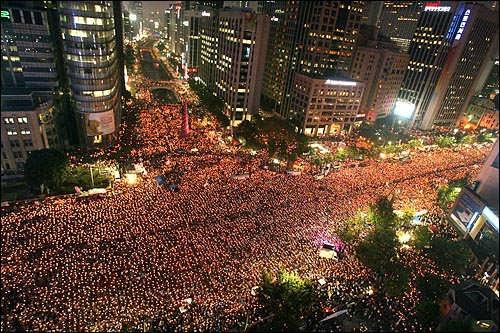 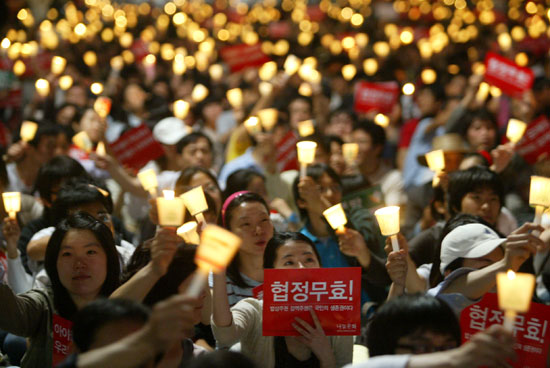 The demonstrators remained calm and peaceful and focused on just getting their voices heard instead of engaging the authorities in physical altercations.