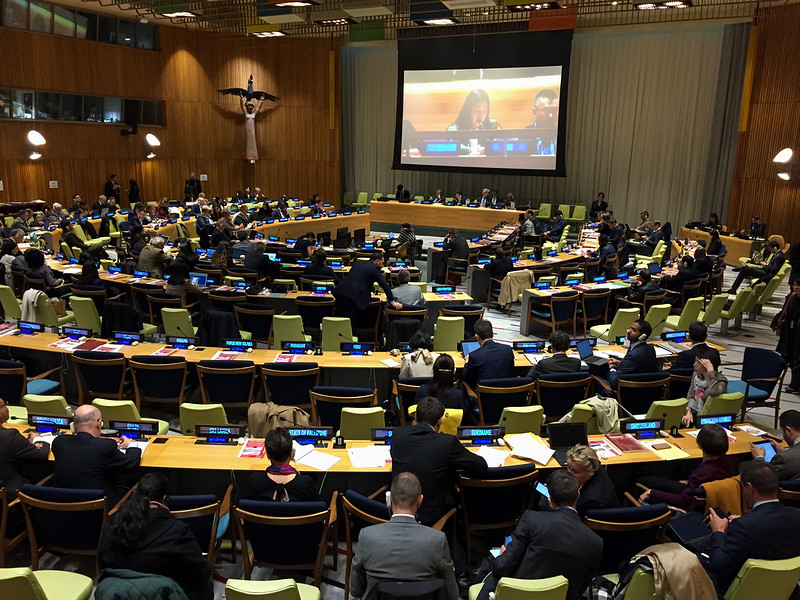 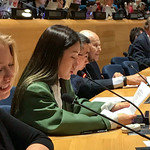 Thank you for this opportunity to speak at this conference. Please note that this statement has been endorsed by 40 civil society groups.

In 2018, there were significant, positive changes in the security situation on the Korean Peninsula. The leaders of the United States and the Democratic People’s Republic of Korea (DPRK) held their historic summit in Singapore last June. They issued an important Joint Statement, which outlined their joint goals to be achieved in the future talks, including “establishing new U.S.-DPRK relations”, “building a lasting and stable peace regime on the Korean Peninsula”, and “to work toward complete denuclearization of the Korean Peninsula.” In the same Statement, President Trump and Chairman Kim also recognized the general approach to realizing a nuclear-weapon-free Korea by stating that “mutual confidence-building can promote the denuclearization of the Korean Peninsula.” Moreover, the two countries are now observing an informal “freeze for freeze” deal in which the DPRK stopped its nuclear weapon and ballistic missile tests, while the U.S. ended its large-scale joint war drills with the Republic of Korea (ROK).

Likewise, there was also a remarkable reduction in military tensions between the ROK and the DPRK. Through the three inter-Korean Summits last year, the two governments of Korea have ceased all hostile activities against each other and shared the view that the Korean Peninsula must be turned into “a land of peace free from nuclear weapons and nuclear threats.” Thus, the Korean people are enjoying at present the most peaceful time ever since the signing of the Korean War Armistice Agreement in 1953. We have witnessed that “peace can be achieved through peaceful means” and that problems can be solved through dialogue and negotiation. Under no circumstances can we return to the past, which was riddled with heightened military tension and repeated threats of nuclear war.

However, it is certainly disappointing that the 2nd U.S.-DPRK Summit ended without any agreement in Hanoi this February. We urge both governments to continue their talks to find a new path forward. In this regard, we believe it is critical that the two parties recall and recommit to the original goals and general approach they had agreed in the Singapore Summit. The general approach already agreed requires building “mutual confidence” between the U.S. and DPRK first. To aim for a “big deal” on denuclearization of the DPRK at this time, without building further confidences and security guarantees between the two long-running adversaries, would be like building a shining castle on sands. Such a quick deal will not last long.

The nuclear conflict on the Korean Peninsula is inherent in the long-standing, unstable armistice regime on the Korean Peninsula. In order to induce the DPRK to give up its nuclear weapons, it is essential for the U.S. and the international community to understand that the DPRK’s missile and nuclear development program stems from the decades-long military conflict and arms race on the Korean Peninsula. Moreover, the nuclear issue in Korea is deeply related to the fact that the neighboring countries of Korea have continued to strengthen their military reliance on nuclear weapons ever since the horrendous fighting in Korea was halted with a ceasefire agreement. This is why the process of denuclearization on the Korean Peninsula must go hand-in-hand with the building of a permanent peace in Korea, including the establishment of diplomatic relations between the DPRK and the U.S., along with efforts to fundamentally eradicate any source of nuclear threats surrounding the Peninsula.

Indeed, it will be very difficult to address the nuclear issue in Korea by solely focusing on the “denuclearization of the DPRK” as the starting point for negotiations in any future talks between the U.S. and the DPRK or between the two Koreas. We urge all the concerned countries in Korea to adjust their demands and expectations, aim for smaller deals, and build the momentum by implementing such deals in a phased and simultaneous manner. Once mutual trust is built, more difficult issues can be resolved and bigger deals can be agreed to.

Furthermore, it is also critical to recognize that the nuclear issue of the DPRK cannot be resolved by sanctions and pressure only. It is about time for the U.S. and the UN to take active steps to lift some of their harsh sanctions imposed on the DPRK, not only as an incentive for the DPRK to take further steps for giving up its nuclear weapon program, but also to stop a growing danger that the draconian U.S. and UN economic sanctions may have undermined the general health and welfare of the DPRK people in general. The UN agencies have already reported that about 40% of the DPRK population is “undernourished” (see Paragraph 24, SCR 2397). In fact, some of the tough UN sanctions, such as prohibiting any export of the DPRK’s seafood, agricultural products, textiles or minerals may well violate the UN Charter, as well as the international human rights and humanitarian law.

In addition, these draconian economic sanctions are creating huge obstacles to the implementation of the inter-Korean agreements as well as inter-Korean exchanges and cooperation in general. A good example of this problem is seen in the inability of the ROK government to connect its transportation system with the DPRK. In this regard, it is to be noted that the latest resolutions of the UN Security Council emphasized the concerned parties’ commitment to “a peaceful, diplomatic, and political solution to the situation” and that economic sanctions were “not intended to have adverse humanitarian consequences for the civilian population of the DPRK or to affect negatively or restrict those activities, including economic activities and cooperation, food aid and humanitarian assistance…” (e.g. SCR 2375 and 2397)

Finally, we would like to discuss our understanding of the meaning of the “denuclearization of the Korean Peninsula.” The kind of complete denuclearization that the Korean people want to achieve in Korea is a state where all nuclear threats surrounding the Korean Peninsula are removed. This cannot be achieved by a “CVID of the DPRK” alone. It is also necessary for the U.S., ROK, and Japan to drop their “extended nuclear deterrence” policy on which they base their military strategy in Northeast Asia. This is the only way for a nuclear-weapon-free Korean Peninsula can also serve as a stepping stone towards the creation of a Northeast Asia Nuclear-Weapon-Free Zone.

In this regard, it is very disturbing that the U.S. administration’s 2018 Nuclear Posture Review has reaffirmed its commitment “to maintain a credible nuclear umbrella extended to over thirty allies and partners” as well as to modernize its nuclear weapons and their infrastructure. Moreover, the U.S. is continuing its rejection of the “no first use” policy, as well as its refusal to ratify the Comprehensive Nuclear Test Ban Treaty (CTBT). These regretful measures show that the U.S. is not in compliance with its legal obligations under the NPT’s Article 6 to “pursue negotiations in good faith” for nuclear disarmament in the world. And these negative policies will also hinder the process of denuclearization of the Korean Peninsula.

Ladies and gentlemen, the time has come to end the Korean War fully with a peace agreement and thereby take a step closer to a nuclear-weapon-free Northeast Asia. We would like to urge all the participants in this conference to support our sincere appeal for ending officially the costly war on the Korean Peninsula now. Such a development will be a big step forward for the two States of Korea to join the Nuclear Weapon Ban Treaty (TPNW) in the near future.