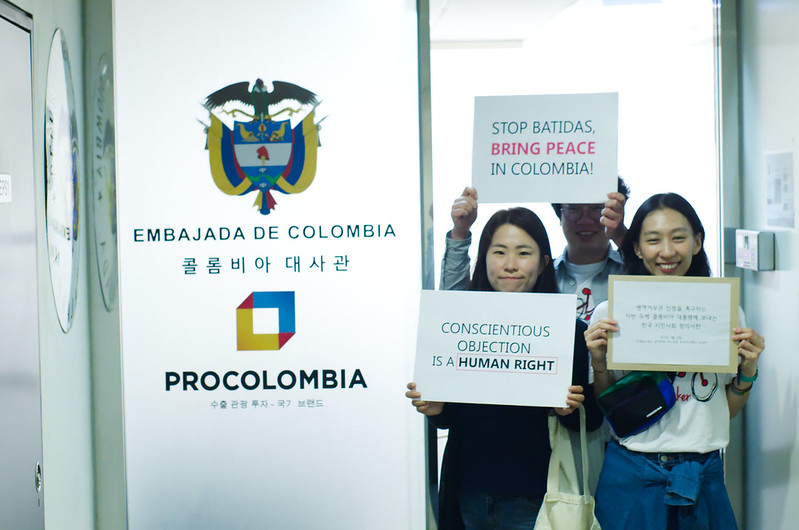 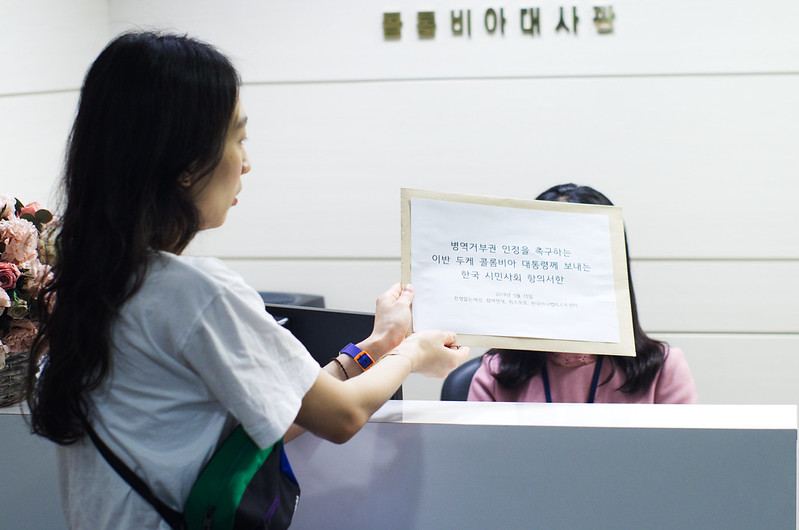 We, civic groups in South Korea - Korea Anabaptist Center, PSPD(People’s Solidarity for Participatory Democracy), PEACEMOMO, WorldWithoutWar-stand in solidarity with conscientious objectors in Colombia, who refuse to be

conscripted and bear arms despite various obstacles they face.

We would like to welcome that the mobilization of conscientious objection and antimilitarist organizations for more than 20 years has achieved important changes that can be seen in constitutional jurisprudence, and in some debates and laws issued by the Colombian parliament. Although the ideal conditions for the respect and guarantee of the right to Conscientious Objection don’t exist yet, this right has become a reality that young men in the country can pursue.

According to the ACOOC (Colombian Collective Action of Conscientious Objectors) report published in 2018, the Law 1861, which the Recruitment, Reserve Control and Mobilization Service is regulated has some achievements.

Despite those achievements, there are difficulties remained on the law in practice highlighted by ACOOC and the Korean civic groups urge the Colombia government to consider those concerns as below.

Antimilitarism is not only a way of defending peace as a way to overcome confrontation and its structural causes, but it is also the way to ensure that the progress made in terms of the recognition and guarantee of the right to objection remain and be can expanded and increased in Colombia.

Korean civic groups are looking forward to these remained difficulties by will be resolved by the commitments of your government.