[Webinar] The Truth of Arms Trade 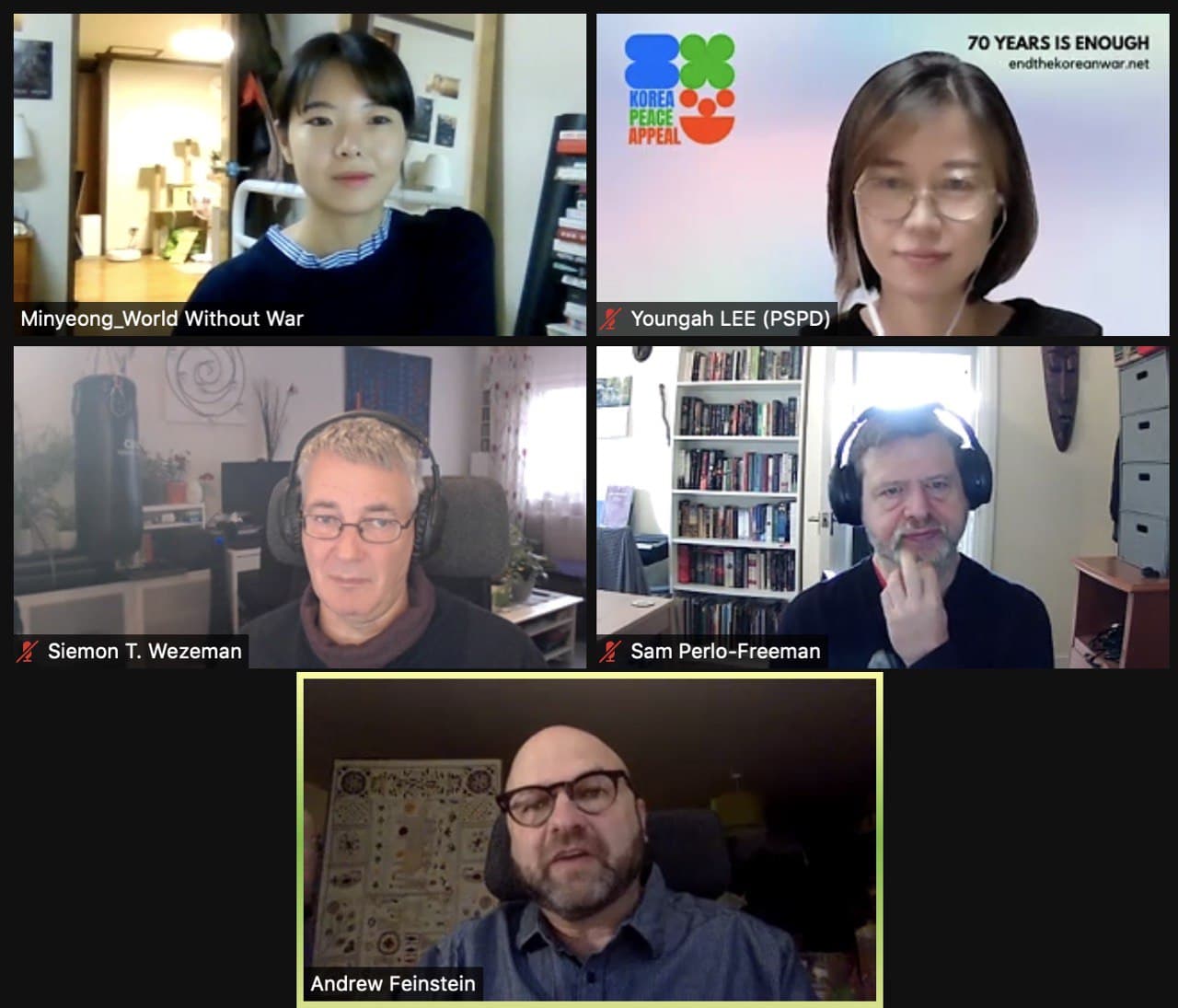 The Truth of Arms Trade

According to Stockholm International Peace Research Institute (SIPRI), the total value of the global arms trade was at least $118 billion (KRW 136.6 trillion in 2019. This enormous amount of money the world spent on buying weapons throughout the year could have been spent on conflict prevention or sustainable development.

Meanwhile, in 2018 alone, about 600,000 people died from the use of weapons in armed violence and conflict, and the number of deaths from conventional weapons such as small firearms is increasing every year.

Corruption during arms trades is also serious. Joe Roeber from Transparency International has published a study showing that 40% of corruption cases in global trades occur in arms trades.

The Republic of Korea also regards conflicts in other countries as an arms export market. Lee Myung-bak’s administration proclaimed  “We will sell customized weapons to disputed areas with the goal of being the seventh largest arms exporter in the world by 2020.” Park Geun-hye also stated “will raise the defense industry as a key area of the ‘creative economy.’” The government of Moon Jae-in is also fostering an export-oriented defense industry, selecting 'the development of defense Industry suitable for the Fourth Industrial Revolution' as a major government project and establishing ‘Defense Industry Development Act’. Prime Minister Lee Nak-yeon praised “the Han River's miracle in the defense industry” at the opening ceremony of the Seoul ADEX 2019. However, Seoul ADEX(International Aerospace & Defence Exhibition) does not talk about where the weapon is used and who is being targeted by those weapons. The Republic of Korea, the world's ninth-largest arms exporter, has caused problems by exporting weapons to disputed countries in the Middle East or Asia, countries with constant armed conflicts, and countries where human rights violations are occurring by authoritarian governments.

This webinar is organized to examine the problems of the Korean and international arms trading processes and to discuss the activities and tasks of civil society to control and reduce arms trading. 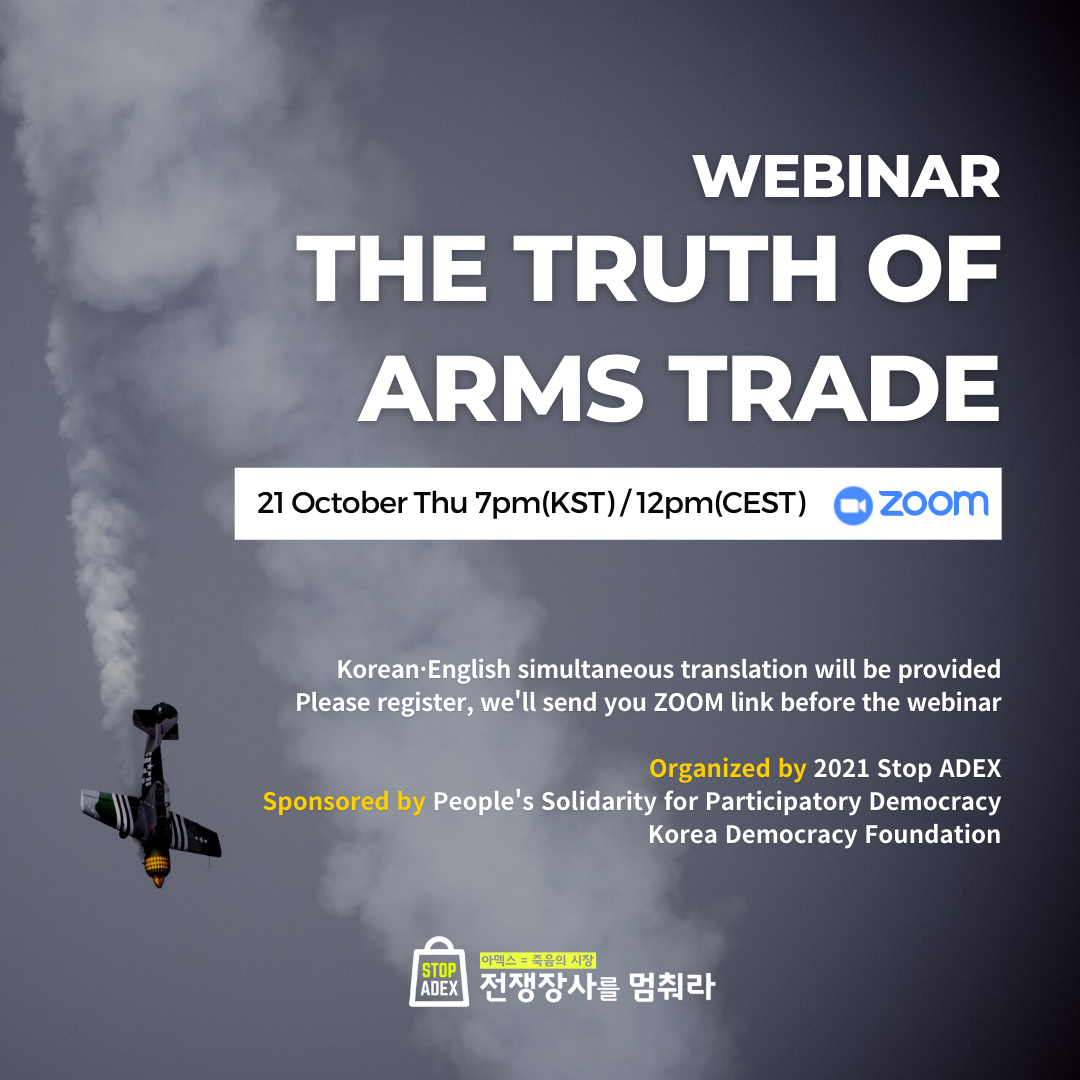 * Korean-English simultaneous interpretation will be provided.

Organized by the StopADEX Campaign