As capricious as spring weather, there were anger, sorrow, expectation and significant victory all in this month. Irresponsible offensives irritated PSPD but the wind of change in Korean Peninsula brought a great anticipation. Most of all, PSPD should inform people of evil conducts of conservative oppositions which easily boycott national assembly without any important reason. Eventually it dissipated constitutional revision and political reform, and reforming the National Intelligence Service and prosecutors. As it took seven years until the final decision was made by court on disclosing operating cost of mobile communication service providers, PSPD will work harder to promote decrease of mobile communication charges and demand fair trade commission to properly watch and control power abuse and collusion of large conglomerates. 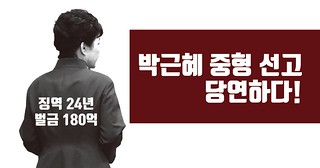 On 6 April more than a year after impeachment, the first trial court ruled 24 years in prison and 18 billion won of fine to Park Geun-hye. Considering her monopoly, chaos she caused, anger and despair of the people, efforts to put in to straighten up the democracy, there is no doubt she deserves it. Nevertheless, improper deals made concerning succession of Samsung ownership was not approved. Therefore, PSPD held a forum <Ruling Review> to analyse the decision and stressed out that the main issue of monopolizing national administration is a cronyism of politic and economy. The court denied succession process of Samsung Group and accordingly did not acknowledge exchange of illegal favors. It is inevitable for the court to receive criticism from the public for shrinking the nature of the case. Furthermore, it contrasts with trials for Moon Hyung-pyo, a former minister who was found guilty both at the first and the second instance for approving the merge of Samsung C&T and Cheil Industries as ordered by a former president Park. PSPD will keep eye on how courts deal with improper favors asked in respect to Samsung management succession.

The final decision was made confirming NIS's illegal intervention in the 18th presidential election in 2012 by manipulating comments on internet. On 19 April, the Supreme Court gave 4-year jail sentence to a former NIS president Won Sei-hoon for the charge of violating the National Intelligence Service Act and Public Official Election Act. PSPD welcomes the ruling since it is one of the accusers. However, there are still more to find whether a former president Lee Myung-bak had involved in comment manipulation executed by NIS, cyber-command unit and National Police Agency. In order to stop and prevent illegal conducts of NIS, systemic measure has to be made in addition to finding the truth and giving strict punishment. It is required to limit the extent of NIS' work to information collecting on overseas and North Korea, and establish a system to watch and control NIS. All these are reflected in the complete amendment of National Intelligence Service Act proposed at the National Assembly but no progress has been made. This should be closely monitored in the later national assembly.

Lee Myung-bak, a former president has been arrested for more than 18 allegations and his corruptions on four grand river, resource diplomacy and defence industry have not been unraveled yet. Even though, loss volume incurred by resource diplomacy is uncountable and very complicated, proper investigation has never been executed so far. On 30 March, PSPD, Citizens for MB's resource diplomacy investigation and labor union of Korea National Oil Corporation reported Choi Gyeong-hwan to prosecutors concerning illegal conducts committed in taking over Harvest, and delivered a letter urging to investigate Lee Myung-bak.

Filed for unconstitutionality review of constituency demarcation for 2018 regional election 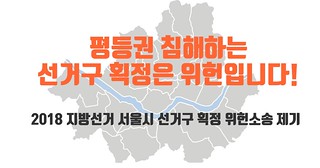 Does one man one vote makes election truly fair? According to a regulation of local council constituency, 7 out of 25 constituencies in Seoul has more than 2:1 population variation. Especially, some constituencies in Mapo, Gangnam and Gangseo district exceed 3:1. Joint action for Political Reform which PSPD works together and eleven residents in these districts filed for unconstitutionality review raising inequality issue that value of votes in these districts only weigh 1/3 or 1/2 compared to other districts so that admitting population variation up to 4:1 in regional election is unconstitutional.

CGV, Lotte Cinema and Megabox have increased movie ticket price in order from 11 April to 27 April. PSPD protested against sudden price increase and reported movie theaters to the Fair Trade Commission for violating prohibition of unfair collaborative act and abuse of market-dominating positions. According to the Fair Trade Act, collaborative act is presumed if price is surged in a short period of time because it is hard to prove consultation among businesses. Upon PSPD's report, the Fair Trade Commission instantly executed site inspection. It is expected to have strict investigation followed by punishment. 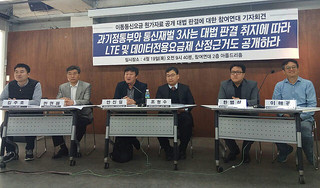 PSPD has filed for disclosing operating cost information of mobile communication providers and the Supreme Court confirmed ruling of the first and appeal court to disclose cost related information. The final decision was made in seven years after the legal action has taken in 2011. It is very significant decision in a sense that courts acknowledge the principles; people's right to know is more important than operation secret and it is important to show transparently whether mobile service providers are watched and controlled by the government. The Ministry of Science and Technology and three providers have to obey court's decision immediately and PSPD is also urging to disclose information on LTE and data based charging system from year 2011 onward. 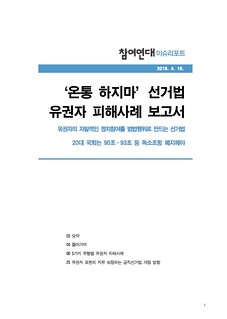 Having a regional election around the corner, voters are highly vulnerable to violate the Election Act unwittingly because current Election Act comprehensively restricts expressing opinions about candidates and policies from six months prior to an election. Center for Legislative Watch of PSPD has organized cases by category how the Election Act have damaged voters at every election periods and published <'full of prohibition' Election Act, how it has damaged voters> for the purpose of informing people of its problems. Encouraging to vote, comparing stances and promises of candidates, satirizing a candidate, raising an allegation and commenting for or against candidate's policy, all these have been regulated. Therefore, PSPD demands complete reform of Article 93 of the Election Act.

PSPD has independently prepared a bill of constitutional revision and appealed for its enactment. Main issues were reviewed internally and discussions were held with members several times that people PSPD has met in Seoul and other provinces have showed great interest. PSPD evaluated a proposal made by the president, had meetings with lawmakers, and held a large press conference to urge the National Assembly to discuss and make a bill for constitutional revision. Various promotions were carried out in Yeouido for citizens. However, Liberty Korea Party has refused reform of National Referendum Act and reversed the presidential promise to reform the constitution at the regional election. PSPD will keep asking the National Assembly to come up with constitutional revision roadmap stating specific time and procedures even after the regional election. 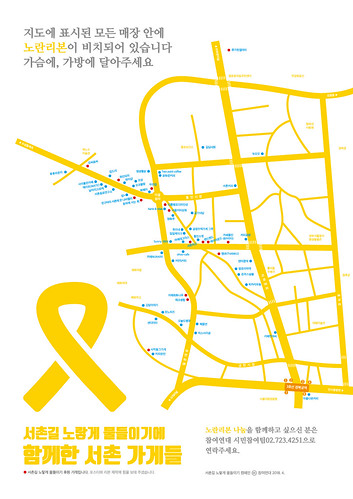 PSPD and citizens have made and delivered yellow ribbons for free every Wednesday to commemorate victims of Sewol ferry disaster and hope to find the truth. Especially, more people gave a hand this month because orders surged. Campaign 'Making Seochon road yellow' was carried out to display yellow ribbons and posters at shops in Seochon where PSPD is located. Activists, members and executives of PSPD went to a funeral and commemoration for 4.16 victims which was jointly held with the government for the first time in four years after the disaster. We will not forget until the truth are revealed. We will remember. 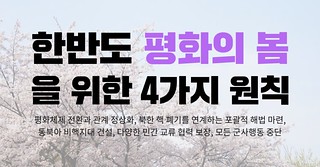 Inter-Korean summit is resumed in eleven years and North Korea-US and North Korea-China summit will follow soon. Agenda to be discussed at South-North Korea summit include denuclearization, peace system and improving inter-Korean relation. Hence, PSPD has collected and organized opinions from civil peace organizations and handed in proposals to the blue house as below. △ Find the comprehensive solution to connect establishing peace system, normalizing North-US, North-Japan relation and dismantling nuclear of North Korea together △ Have a vision to construct nuclear free Korea or Northeast Asia in negotiation for nuclear free Korean Peninsula △ Make inter-Korea summit a regular event and establish a system to talk and cooperate. Set up consultative organization at civilian level and guarantee various civil exchanges △ Halt all kinds of military actions pointing at each other of South, North Korea and US while talks are taking place. It is good to hear that declaration of ending the war and peace treaty are being reviewed so that the government is expected to have converted approach for other agenda, too.

On the other hand, situation in Soseong-li in Seongju is very opposite. Park Geun-hye government forced THAAD deployment a year ago arguing that it was for fighting back nuclear missile of North Korea. In spite of North Korea said to halt nuclear missile experiments and not to target the South, the police was called out to force THAAD land construction. The promise to carry out evaluation of influence on general environment has not been kept. More reasons are piling indicating THAAD deployment has to withdraw. Land construction must be stopped since it is against current wind of change in Korean peninsula. Spring has to land in Soseong-li as it does in Korean Peninsula.

While executing seize and search for Samsung Electronic Headquarter last February on an allegation of paying attorney's fee for Lee Myung-bak's DAS lawsuit, six thousands documents on Samsung's strategy to destroy labor union were found. What has been confirmed so far is its union destruction maneuver was very precisely planned and executed. Samsung had watched daily life of union members, and found their weak points and used it to give a disadvantage to them. It even attempted to win over family of Yeom Ho-seok who committed suicide protesting against union oppression by offering 600 million won, and even planned to steal the body. Recently, Samsung agreed to approve labor union in Samsung Electronic Service Center but it does not mean that history of labor oppression disappears. Therefore, Samsung Service Center, Korean Confederation of Trade Unions, Korean Metal Workers’ Union, PSPD, MINBYUN-Lawyers for a Democratic Society reported Lee Geon-hee and 39 Samsung officials again on 23 April for the charge of unfair labor conducts.