2 Years of the Moon Administration: Activities to Evaluate the 100 Initiatives

The PSPD chose 173 items of interest from the sub-items within the 100 Initiatives proposed by the Moon Administration. The choices were made based on PSPD interests and important issues of the people. The assessment looked at the level of implementation and the progress being made in that field. The assessment was carried out in cooperation with the Seoul Newspaper, where a group of 62 advisory council members ranging from professors, lawyers, CPAs, doctors, labour attorneys, tax attorneys, and civil group representatives participated in the process. Out of the 173 assessed items, 54% were completed (5.2%, 9 items) or in progress (49.1%, 85 items), 27.2% (47 items) were either downsized or left in poor condition and the last 18.5% (32 items) were cancelled. 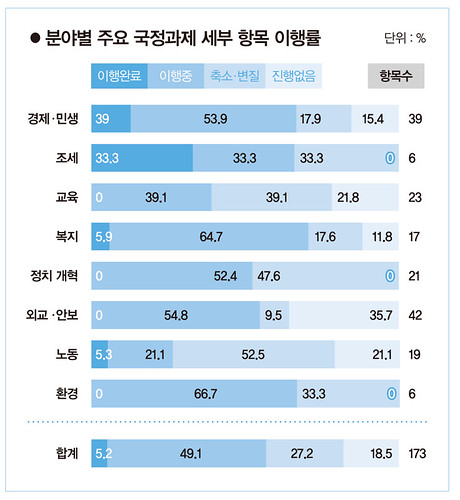 According to public opinion surveys, North-South Korean relations, foreign policy, and defense (42 assessed areas) received proportionally high support with 54.8% of the initiatives having some form of progress. In regard to North-South Korean relations, multilateral efforts to denuclearize and reunite the separated families from the Korean War had some progress, but restarting economic cooperation between South and North Korea, such as normalizing the ”Kaesong” industrial complex, did not have much progress because of economic sanctions placed on North Korea. Further details on sub-items can be found on the PSPD website. 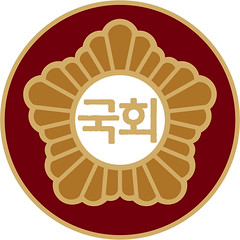 Presentation of Opinion Paper on the Plan to Introduce a Municipal Police System: Abolition of the Intelligence Police and Observation of Police Reform 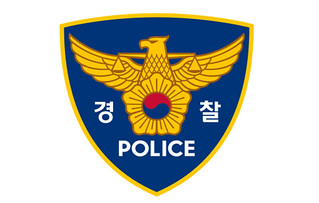 On May 20th, the ruling party, administration, and Blue House announced their plans for police reform and improvement. The police are barred from getting involved in elections under the Government Officials Act and Public Official Election Act; however, because of suspicions of police involvement in politics under the Lee Myung-Bak and Park Geun-Hye administrations, due to the activities of the intelligence police, an investigation is underway. The ruling party, administration, and Blue House presented the “Punishing Officers Interfering in Political Matters Act” to show control measures on policing matters; however, the legal measure is insufficient to control intelligence police officers, such as those working in the National Intelligence Service (NIS).

The police currently have monopolistic control over the collection and distribution of domestic intelligence. Last April, the National Assembly fast-tracked a bill readjusting the investigation and intelligence collection powers between the police and prosecutor’s office, which is yet to pass. If the bill were to pass, the intelligence police would need to be abolished, just like the Moon Administration revoked the domestic intelligence gathering function of the NIS to halt the interference of the agency in political matters. 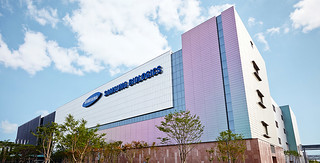 Recently, the investigation of the prosecutor’s office on the accounting fraud at Samsung Biologics (hereafter “Samba”) revealed greater conspiracies of account fraud and tampering evidence within Samsung Group. Media reports about the investigation presented Samsung’s illegal and expedient efforts, such as defacing the standards of the capital market, to support the succession of Vice Chairman Lee as head of Samsung.

The trend of Samsung being above the law has to stop. The PSPD Center for Economic and Financial Justice pressed for the uncovering of the truth and severe punishment for those involved in the expansion of Vice Chairman Lee’s control over the corporation, which also included the whimsical merging of Samsung C&T Corporation and “Cheil Industries INC” and other illegal acts occurring before, during, and after the merge. The PSPD will continue to ascertain the truth and push for the strict enforcement of the law in the matters regarding the illegal acts by Vice Chairman Lee and the Samsung Group. 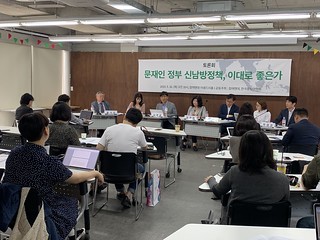 The Center met with delegates from the United States, Germany, and the South Korea to convey their concerns regarding the negative effects the economic sanctions placed on North Korea were having on the cooperation between North and South Korea. Furthermore, the Center met with Congressman Ro Khanna in Washington D.C., who proposed a bill calling for peace on the Korean peninsula, and went on to meet with democrat members of the Foreign Affairs Committee and Military Committees of the Senate and House of Representatives to express the positions of the Korean civil society organizations.

The PSPD also did not falter in surveillance activities on foreign policy matters. On May 16, the PSPD Center for International Solidarity and the Association of Southeast Asian Studies co-hosted a debate named “The New Southeast Asia Policy of the Moon Administration: Is It Good Enough?” The debate evaluated the new Southeast Asia policy, based on 3Ps (People, Peace, and Prosperity), on the positive progress of the policy and discussed possible alternatives. While the panel recognized that the new Southeast Asia policy was a positive step towards normalizing diplomatic relations in Asia and diversifying Korean foreign policy, there were concerns of attitudes toward ASEAN portraying contradictory actions as that of peace, such as focusing on free market economic theory and economic-centered approaches to ASEAN, going as far to calling ASEAN “Blue Ocean, Growth Power,” and considering ASEAN member states as priorities for weapon exportation.

Joint Activity to Request an Allocation of a KRW1.62 trillion Budget for Urgent Financial Support for Labour and Welfare Issues 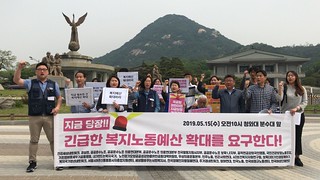 The PSPD dreams of a welfare state where everyone lives a humane life. However, in reality, there is great inequality and low birth rates with higher percentage of elderly among the population. Solutions to these social issues are far from sight and there is a severe lack of social welfare to support the population. 11% of the GDP of South Korea is social welfare expenditures and this contrasts greatly compared to the OECD average of 20% of GDP. The only way towards achieving a social welfare state is by increasing social welfare expenditure. Therefore, the PSPD Committee for Social Welfare worked in conjunction with other NGOs involved in housing, poverty alleviation, medical services, elderly services, and handicapped services to revise the budget for social welfare, which amounted to a requirement of a supplementary KRW 1.62 trillion. Therefore, to match the upcoming reclassification of “handicapped” in July, the PSPD advocated for the expansion of welfare spending for handicapped individuals. Furthermore, to alleviate the significantly high poverty rate in South Korea compared to other OECD member states, the PSPD urged for the expansion of the social welfare budget to accommodate the abolition of the requirement to support the elderly.

45.7% of the population in South Korea is classified as “elderly poor,” which is an astounding 13.5% higher than the OECD average. This is because of the failed old age income security system. Therefore, the PSPD called for the recognition of the blind spot in social welfare and to allocate a budget for basic pensions.

In regard to housing, around 370,000 households do not qualify for housing allowance and are rough sleepers, finding “flophouse” dwellings and “Gosiwon.” The average housing allowance per single-person household is rated at KRW 233,000 and the long-term public rental housing buildings make up 4.1% of all buildings in the nation. In response to this, the PSPD urged for the allocation of funds to increase public housing for the homeless.

Additionally, in 2017, the government supported 58.2% of all medical bills, which was considerably low compared to the OECD average of 73.3%. To tackle this issue, the PSPD called for the allocation of funds to increase public housing for the poor. Lastly, to ensure that medical care security is in good standing, the PSPD further urged for the increase of the national medical support budget from the government.

South Korea has the one of the best fiscal health records in the world. Even if the proposed KRW 1.7 trillion budgets by civil NGOs are calculated as losses, it will amount to less than -3% change to the level of GDP that the Ministry of Economy and Finance aims to maintain. Therefore, the PSPD urged the government to be more active in utilizing funds for welfare.