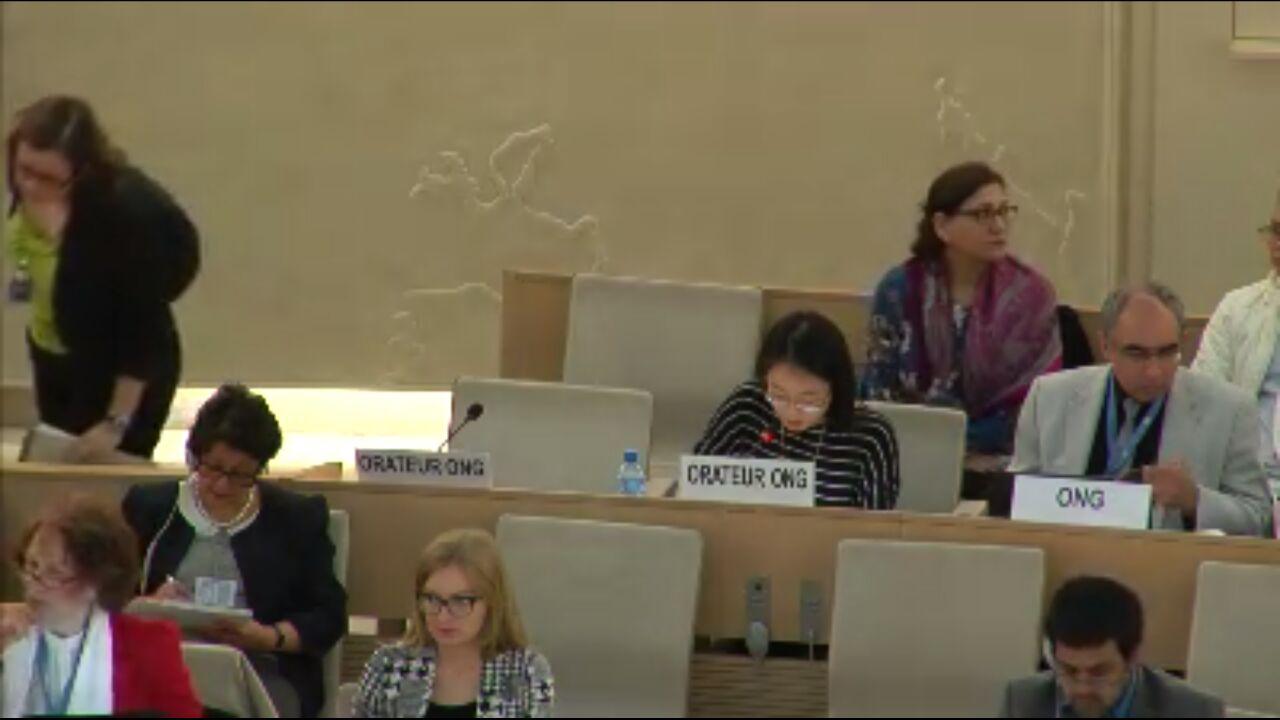 Item 3: Promotion and Protection of all Human Rights, Civil, Political, Economic, Social and Cultural Rights, including the Right to Development

Oral Statement Delivered by Ms. Gayoon Baek on Behalf of
People’s Solidarity for Participatory Democracy (PSPD) and
MINBYUN-Lawyers for a Democratic Society

Thank you, Mr. President. This is a joint statement by People’s Solidarity for Participatory Democracy (PSPD) and MINBYUN-Lawyers for a Democratic Society, on behalf of 9 NGOs in the Republic of Korea.1)

We welcome the report of the Special Rapporteur on the promotion and protection of the right to freedom of opinion and expression (A/HRC/32/28), and share the view that not only states but also private sector should be responsible for promoting and protecting freedom of expression in the digital age.

In the Republic of Korea, Article 83(3) of the Telecommunications Business Act 2) allowing the provision of subscribers’ personal information without warrant is being arbitrarily used by state law enforcement agencies. There is a lack of oversight by external bodies such as courts and no reviewing process. In 2013 alone, the number of warrantless seizure of subscribers’ personal information has reached over 10 million cases3) , which amounts to one fifth of the total population of the Republic of Korea. The reason of such seizers is not disclosed by the Government, which leads to violations of the rights to know and to privacy. As a result, in May 2016, five hundred people filed a constitutional complaint about the provision of subscribers’ personal information and are waiting for the court decision.

We would like to ask the Special Rapporteur:
•    Would the provision of subscribers’ information without permit of an independent authority amount to a breach of right to anonymous expression in a digital age?
•    Who should be ultimately responsible between the state and private sector, for such warrantless seizures of information and breaches of the right to anonymous communications? Private sector and state transfer responsibilities on each other. Because of vague stipulations that state interferences ‘can’ or ‘may’ take place, government surveillance is now more clandestine, massive in scale, automatic, ubiquitous, and cheaper to conduct than before. If the problem of accountability remains unclear, the right to freedom of opinion and expression in the digital age would be hindered.

2)  Telecommunications Business Act Article 83 (Protection of Confidentiality of Communications) (3) A telecommunications business operator may comply with a request for the perusal or provision of any of the following data (hereinafter referred to as "provision of communications data") from a court, a prosecutor, the head of an investigative agency (including the head of a military investigative agency, the Commissioner of the National Tax Service and the Commissioner of a Regional Tax Office; hereinafter the same shall apply) or the head of an intelligence and investigation agency, who intends to collect information or intelligence in order to prevent any threat to a trial, an investigation (including the investigation of a violation committed by means of a telephone, the Internet, etc. among the offenses prescribed in Article 10 (1), (3) and (4) of the Punishment of Tax Evaders Act), the execution of a sentence or the guarantee of the national security: 1. Names of users; 2. Resident registration numbers of users; 3. Addresses of users; 4. Phone numbers of users; 5. User identification word (referring to the identification codes of users used to identify the rightful users of computer systems or communications networks); 6. Dates on which users subscribe or terminate their subscriptions.

3) Situation of Provision of Subscribers’ Personal Information in 2013, Ministry of Science, ICT and Future Planning